The First All-Women Spacewalk Is Happening Now. Here's How to Watch It Live

The first ever spacewalk by an all-women crew is happening today.

Astronaut Christina Koch, who is experienced in extravehicular activity (EVA), will lead the operation. She will be accompanied by astronaut Jessica Meir, who is making her first spacewalk on Friday. Both are American citizens. They will be in the vacuum of space for five and a half hours.

You can watch the spacewalk live on TIME, above.

Who are the astronauts?

Christina Koch, 40, completed her NASA astronaut training in 2015, and has conducted four spacewalks. Friday’s will be her fifth. She has been on the International Space Station (ISS) since March 14, and is on track to set a record for the longest spaceflight by a woman, expected to be 328 days in space by the time she leaves.

Jessica Meir, 42, also completed her training in 2015. She joined Koch on the ISS in September, on her first spaceflight. She holds dual U.S.-Swedish citizenship, making her the first Swedish woman in space. Friday will be her first spacewalk, and she is scheduled for two more.

On Friday, Koch and Mier are replacing a battery unit on the outside of the ISS.

Wasn’t this meant to happen earlier this year?

Yes. In March, Koch and fellow astronaut Anne McClain were scheduled to perform a spacewalk. But just days before the two women were scheduled to make history, McClain was replaced by a male astronaut, Nick Hague. NASA blamed its lack of spacesuits in the correct size for both women.

“We made a change in the astronauts to protect the safety of the crew and the timing of the mission,” NASA says in a post on its website. “Anne McClain made the decision to swap places with Nick Hague on the spacewalks planned for March 29 and April 8 so everyone could wear spacesuits that fit them best.”

The u-turn provoked criticism from many, including Hillary Clinton, who urged NASA to “Make another suit.”

NASA has said the milestone wasn’t planned, as the crew for spacewalks are selected based on their ability, but that it was inevitable as women constitute a growing percentage of all astronauts. In Koch and Meir’s 2013 class of NASA astronaut trainees, 50% are women.

“The first all-woman spacewalk is a milestone worth noting and celebrating,” NASA said. “Our achievements provide inspiration to students around the world, proving that hard work can lead you to great heights, and all students should be able to see themselves in those achievements.” 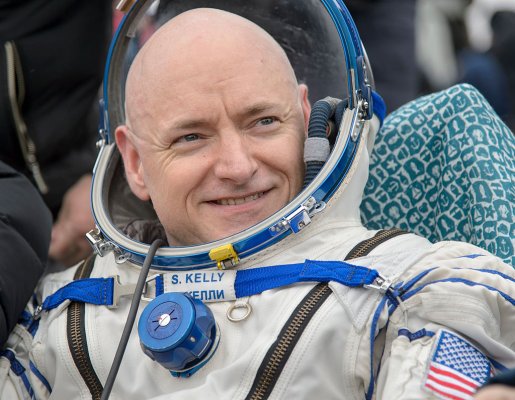 TIME's Award-Winning Year in Space Documentary Is Now Available On Netflix
Next Up: Editor's Pick