'There Are Caregivers Everywhere.' Here's the Story Behind That Powerful Photo of the Nurse That's Making the Rounds

Caty Nixon's emotional moment in July was captured by her twin sister, Laura McIntyre. The post went viral after McIntyre shared it last week, demonstrating how tough the job of a labor and delivery nurse can be.
Laura McIntyre
By Rachel E. Greenspan

One night this July, a labor and delivery nurse couldn’t help but cry after delivering a stillborn child during a long day at the hospital.

Caty Nixon was eating dinner at her twin sister’s house in Forney, Texas, when the sadness caught up with her, after working over 50 hours in four days.

“Any kind of fetal loss is hard, especially for the family, but also for the staff,” Nixon tells TIME. “I think it’s the worst thing that a family could go through.”

Her sister, Laura McIntyre, posted a picture she took of Nixon during that intense moment to Facebook on Oct. 10, showing Nixon crying with a plate of half-eaten food on her lap. In the caption, she shared a message for her sister and for any other nurses who were following along: “You bless your patients and their families more than you will ever know. Thank you for all that you do,” she wrote. The post soon went viral and has been both shared and liked more than 100,000 times as of Thursday.

Nixon, 29, says that watching families experience that much pain is a huge challenge, and she can’t help but bring that energy home. “I can’t physically imagine how these parents and families deal with it for the rest of their lives, so I feel like I take a little piece of that home with me to my family,” she says.

But luckily, with a supportive family, including her twin sister and brother-in-law who live nearby, Nixon says she’s able to push through those difficult moments. She’s also able to connect with her husband about the tough work, because he’s a first responder in the Dallas Fire Department.

Nixon wants everyone to know that while the profession comes with its inherent stress, she’s not usually so drained. “Typically, my job is happy,” she says. “It was just after a long, heartbreaking day.”

And still, at Medical City McKinney in McKinney, Texas, where she’s worked for over four years, the good days continue to outweigh the bad. “Ever since I chose nursing as a career, I knew that labor and delivery would be the only place for me.” The feeling of helping parents deliver their children remains “indescribable,” she says. “It makes me realize that I’m doing exactly what God intended for me to do.”

As for the picture going viral, McIntyre says that she just wanted to show how her sister is “such a light to her patients,” and she had no idea anything would come from the post. But both sisters say they’re blown away by all of the support from people around the world.

Even former patients have taken the opportunity to reach out and thank Nixon, through comments on the post, messages and in person. One former patient of Nixon’s sent in a video of the nurse playing with her toddler in the hospital room, while another went to the hospital just to hug and thank her for her hard work. “I started crying,” Nixon says. “Everyone spreading love because of this is just the best thing that could have happened.”

Still, while the post shows Nixon in one challenging moment, she hopes those who have appreciated it can learn one specific thing. “There are caregivers everywhere. Not just nurses, but firefighters and first responders and parents,” she says. “There are people everywhere that give love.” 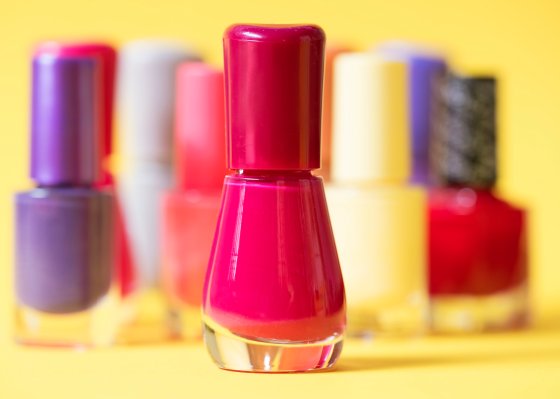 Firefighters Who Let This 2-Year-Old Give Them Manicures Couldn't Be Happier With the Results
Next Up: Editor's Pick