When actor Selma Blair began experiencing strange symptoms relatively early in her life, her doctors didn’t know how to explain them. “I had definitely noticed a kind of rapid aging happening in my 30s that was very painful,” she explained during an interview at the TIME 100 Health Summit on Thursday. “I burned all the time. I felt like I got arthritis.”

She downplayed her symptoms, assuming they’d go away. “I just thought, well, human bodies are strange,” she said. “I’m not a hypochondriac. I’m the one who’s like, we’re resilient.” But her symptoms worsened, to the point where they became “incapacitating.”

If she had known that in 2018, she would be diagnosed with multiple sclerosis (MS), a disease in which the immune system attacks the protective shell of nerve fibers, she says now she would have advocated more vigorously for herself with medical professionals. “I would have asked for an MRI,” she said. “No one thought to give it to me.” Blair has since become a prominent, visible advocate for people living with incurable diseases; she’s openly shared the challenges she now faces on social media, and in her first public appearance since her diagnosis, she walked the red carpet at an Oscars party with a custom cane. “I’ve heard so much from people with chronic diseases and MS,” she said. “They’re scared, and they don’t know when it’s going to get worse. I see people get so isolated.”

Living with a chronic disease is challenging for patients and their families, requiring equal parts grit—the fortitude to endure sometimes-painful treatments that aren’t guaranteed to work— and hope—that scientists may soon discover an effective treatment. It can be hard to be optimistic; a string of promising drugs for another incurable condition, Alzheimer’s disease, have recently failed. “I’ve learned so much about Alzheimer’s that I didn’t know as a practicing clinician,” said Dr. Mehmet Oz, a surgeon and host of the Dr. Oz Show, who revealed last month that his mother was diagnosed with Alzheimer’s disease.

Even he missed the signs, Oz said at the summit. “I recognize that if we start treating people as soon as they have Alzheimer’s, we’ve still missed the boat,” he said. “I can slow down her progression, but she’s not going to be the sharp woman who was able to negotiate any political scenario, like she was when I was younger.”

But even with the recent scientific disappointments, there are new medical models for success in treating diseases once thought to be incurable. Dr. Carl June, an immunologist at the University of Pennsylvania’s Perelman School of Medicine, pioneered CAR T cell therapy, a personalized treatment for some forms of leukemia that was approved by the Food and Drug Administration (FDA) in 2017. “Within the next decade, I think we’ll see many other cancers have curative therapies,” he said at the TIME summit. Some of these advances will likely inform advances in other diseases, including Alzheimer’s disease, which, like cancer, has an inflammatory component. “The approaches we’ve learned in cancer may well apply to dementia,” he says. “I think that will be the next wave of research.”

Maria Carrillo, chief science officer of the Alzheimer’s Association, is also encouraged by the scientific developments happening in other fields of medicine. These wins are models for what can science can achieve for many diseases, with the support of philanthropy and federal agencies, she said in an interview at the TIME summit. “All we need is to crack that window open, and we can open the floodgates.”

“It is not a matter of whether we will find a cure, it’s when,” Carillo said. “It’s all about pushing now and not slowing down.” 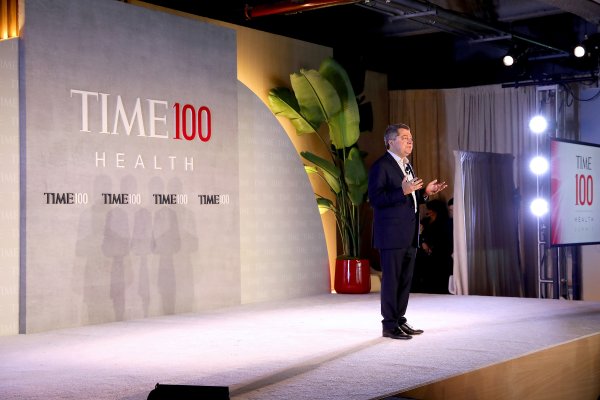