U.S. Department of Health and Human Services (HHS) Secretary Alex Azar called Medicare for All a “utopian” and “simplistic” approach to health care that would actually become “Medicare for None” during an interview at the the TIME 100 Health Summit on Thursday.

“The reason we’re seeing the attractiveness of simplistic notions like Medicare for All is that the Affordable Care Act (ACA) made a lot of promises. It didn’t deliver on them,” Azar said. But, he argued, most Americans “aren’t beguiled by utopian visions of healthcare. The American people actually take a fairly incremental approach to healthcare,” preferring to gradually improve current systems rather than overhauling them entirely.

When asked by Felsenthal whether health care is a human right, as Democrats like Elizabeth Warren have argued, Azar said HHS wants everyone to have “access to affordable health care that meets your needs, [and] that’s the highest quality that can possible be delivered…what bows you wrap around that, I don’t know.” He argued that, though the U.S. needs better individual insurance market solutions, many people are satisfied with their coverage through employers, unions or programs like Medicare.

Azar also discussed the Trump Administration’s larger vision for health care, which hinges on a system that is “personalized, affordable and patient-centric.” He said HHS will continue to drive down costs under the ACA, and work to solve existing public-health crises including youth vaping, opioid addiction, maternal mortality and geographic disparities in health. 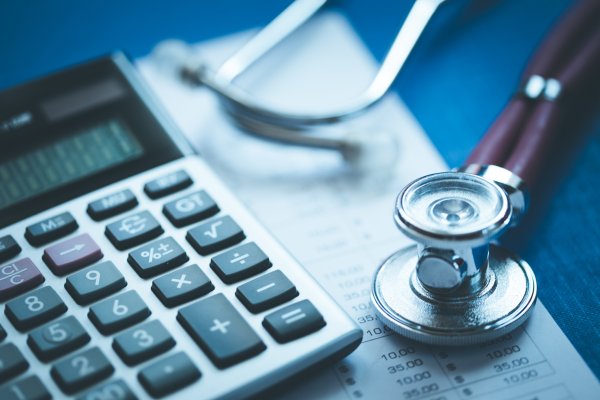 Thousands of Patients Have Been Sued by Nonprofit Hospitals Over Unpaid Bills. Now They Are Fighting Back
Next Up: Editor's Pick