The Public Is Angry About the Opioid Crisis. We Need to Listen

Ideas
By Paul Moakley
Moakley is editor at large for special projects at TIME.

Chris McGreal, a veteran reporter for the Guardian, explores in his recent book American Overdose: The Opioid Tragedy in Three Acts how many Americans have been left feeling enraged by the people who caused the ongoing opioid crisis.

“They’re very angry at what they consider betrayal,” McGreal tells TIME. “Betrayal by the medical profession for having given them these drugs without the warnings of what might follow. Anger at the companies that marketed them. Anger at the government for ignoring them for a very long time whilst their communities were devastated.” The list continues of institutions that either didn’t appreciate the impact that opioids were having on American society, or didn’t act soon enough as the problem emerged.

Joining books like Dreamland by Sam Quinones, Pain Killer by Barry Meier and Dopesick by Beth Macy, American Overdose investigates how the opioid epidemic grew for over 20 years and looks for the systemic causes through the voices of the leading experts fighting back. McGreal says the book is “a warning of what happens when you allow money to control medical policy, instead of doctors.” While the warning may be too late for this crisis, it may help prevent future epidemics — if we learn the right lessons.

McGreal has concerns, though, about how some in the medical industry are now finding new ways to aid and profit from recovery. Some unqualified rehabilitation centers are exploiting the surge in those needing opioid addiction treatment, but aren’t providing evidence-based therapies. He also worries that policymakers may be leaning too heavily on medically assisted treatments — medications designed to wean addicts off opioids — without providing addicts the support they need to properly use the medications to conquer their addiction. Given how little the government is investing in helping people, McGreal worries that a whole new problem could develop. “There seems to be a body of opinion building up that [medically assisted treatments] actually are much more effective than simply an abstinence-based 12-Step program,” he says. “But that takes resources, right? If you’re going to be giving people who are caught in addiction more drugs, it’s got to be a very carefully controlled and very carefully monitored thing.”

For McGreal, the solutions lie within the creation of new health care policies created by doctors and not business that are profiting. Today, he says, “the medical industry controls health policy.” 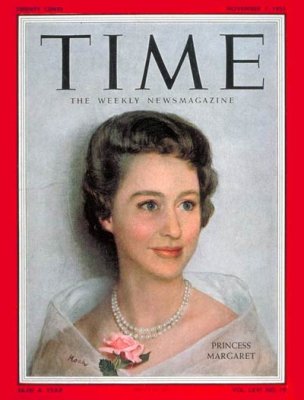 Inside the Moment at Queen Elizabeth II's Coronation When Princess Margaret Revealed Her Secret Romance
Next Up: Editor's Pick