Former President Barack Obama on Wednesday endorsed Canadian Prime Minister Justin Trudeau in his re-election bid. Canada’s polls open Monday and opinion surveys indicate that it will be a tight race and Trudeau’s approval ratings are at near-record lows. If Trudeau loses, it would be the first time since 1935 that a first-term Canadian prime minister with a parliamentary majority lost a bid for reelection, according to the Associated Press.

Obama’s support comes in the wake of a turbulent month for Trudeau, who has apologized on multiple occasions after photos of him in brownface and blackface surfaced. TIME was the first to report on the issue after obtaining a copy of a photo of Trudeau in brownface at a party at the private school where he was teaching in the spring of 2001. Trudeau’s main opponent Conservative leader Andrew Scheer had criticized Trudeau after the photo was made public, saying it showed a “complete lack of judgement and integrity” and depicted “someone who’s not fit to govern this country.”

Obama emphasized Trudeau’s commitment to climate change in his endorsement on Twitter and said that “the world needs his progressive leadership now.”

After the initial TIME story, Trudeau apologized and also admitted to wearing blackface once before, during a high school performance of “Day-O,” a Jamaican folk song famously performed by African American singer and civil rights activist Harry Belafonte. A third instance of Trudeau with darkened skin also emerged in a video from the early 1990s.

Trudeau said that he was unsure whether more images of him in blackface or brownface existed. ““And I think the question is: ‘How can you not remember that?’” he continued. “The fact is I didn’t understand how hurtful this is to people who live with discrimination every single day.” 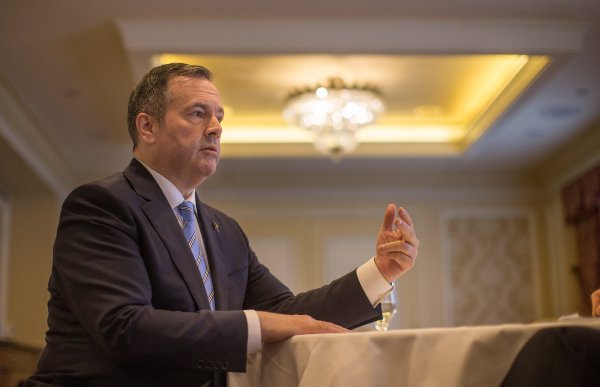 Ian Bremmer Speaks with Canada's Jason Kenney About Trudeau, China and Polarization
Next Up: Editor's Pick