Authorities Release a Sketch of a Possible Witness in Disappearance of N.J. 5-Year-Old

Authorities are offering $52,000 for information leading to the whereabouts of 5-year-old Dulce Maria Alavez, who was last seen in Bridgeton, N.J. on Sept. 16, 2019.
FBI
By Gina Martinez

One month after 5-year-old Dulce Maria Alavez was last seen on a New Jersey playground, police have released a sketch of a man who they believe was a possible witness to her disappearance.

On Tuesday, the Bridgeton Police Department released a composite sketch of man authorities believe was last seen in the park around the time Dulce went missing.

Police said that the possible witness was reported to have been with two children under the age of five, wearing a white t-shirt, blue jeans, and a white baseball-style hat.

The possible witness is described as a Hispanic male, approximately 5-foot-7, with a slender build. He is believed to be 30 to 35 years old.

Bridgeton police specified that the man is not a suspect, but is wanted for questioning.

“We are asking this person (or anyone who may recognize him) to come forward as investigators wish to speak with him as it is believed that he may have information that is helpful in determining the circumstances that led to Dulce’s disappearance,” police said.

The sketch was released on Tuesday, almost a month after Dulce went missing.

Dulce’s disappearance has made national headlines and set off a massive search effort with the Bridgeton Police Department, the New Jersey State Police and the FBI working together to investigate her disappearance.

The reward for information leading to her whereabouts is $52,000.

Gaimari Sr. said more than 300 law enforcement officers from multiple agencies have contributed to the investigation.

He added that authorities have received over 1,000 tips in connection to Dulce’s disappearance, searched more than 200 locations and identified and investigated more than 500 vehicles.

“Investigators continue to follow leads in the case and have gathered a substantial amount of information through interviews and technological means,” Gaimari Sr. said. “However, we are in search of key information that we believe exists through the public that would greatly assist the investigation.”

Dulce was last seen in a playground in Bridgeton City Park just before 5 p.m. on Sept. 16.

Bridgeton police said the man in the newly released sketch is not the same man described in the initial Amber Alert, but that the sketch was developed after a witness recently came forward and provided a description.

According to the Amber Alert, police believed Dulce was led by this man into a red van with sliding doors on the passenger side and tinted windows.

Dulce, who is currently on the FBI’s Most Wanted kidnapping and missing persons list, is described as 3 feet tall, 60 to 70 pounds, with brown eyes and long, brown hair.

According to the FBI, she was last seen wearing a yellow shirt with a koala in the front, black and white pants with butterflies and flowers on them and white dress sandals.

Police are asking anyone with information regarding her disappearance to contact the Bridgeton Police Department at 856-451-0033 and have said that authorities will not question any witness about their immigration status. 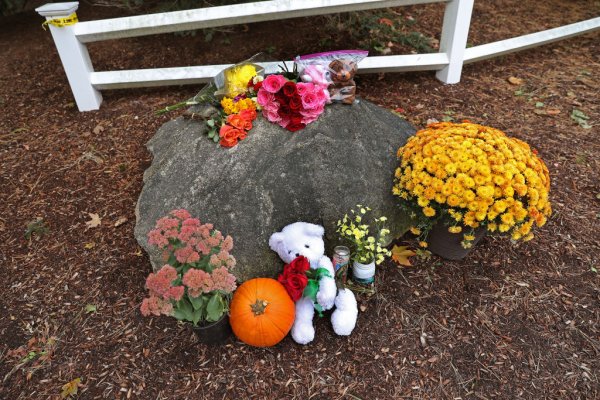 Why Domestic Violence Kills So Many Women and Children
Next Up: Editor's Pick