The 5 Most Mysterious Unsolved Disappearances of All Time

Every year, thousands of families are thrust into a state of limbo when a loved one suddenly goes missing. In one of the most eerie instances, when Malaysia Airlines Flight 370 vanished from the skies exactly five years ago this March, a lack of clues kept investigators from making sense of the tragedy, depriving more than 200 families of closure.

It’s one of the many inexplicable incidents that continue to puzzle authorities and haunt the relatives left behind. Other unsolved cases range from those the FBI has abandoned, like the nearly 50-year-old hunt for the notorious criminal known as D.B. Cooper, to those still ongoing, like the search for Indiana University student Lauren Spierer, who vanished in 2011. Out of a century’s worth of unsolved disappearances that TIME has revisited, here are five of the most mysterious cases:

A family member cries as she and other relatives pray during a candlelight vigil for passengers aboard the missing Malaysia Airlines Flight 370 at Lido Hotel, in Beijing, on April 8, 2014, after a month of searching for the missing aircraft
Jason Lee—Reuters.

In what is perhaps the most baffling and tragic aviation mystery of all time, more than 200 people on board Malaysia Airlines Flight 370 appeared to vanish mid-air on March 8, 2014. Despite government officials setting out on what they called an “unprecedented” search by air and sea that involved multiple countries and spanned at least three years, the aircraft and the remains of the 239 passengers remain missing. It’s also still unclear what caused the commercial plane to suddenly veer off course.

The trip began as usual when the Beijing-bound Boeing 777 aircraft departed as scheduled from Kuala Lumpur, Malaysia, carrying 12 crew members and 227 passengers. But it went missing soon after a routine handover between air traffic control systems. Instead of heading to its planned destination, the aircraft flew back across the Malaysian Peninsula and made its way to the southern Indian Ocean, officials said.

During a news conference last summer, after the release of the latest safety investigation report into the incident, lead investigator Kok Soo Chon said no cause could be confirmed or ruled out. “Due to the significant lack of evidence available to the team,” he said, “we are unable to determine with any certainty the reason that the aircraft diverted.” At some point, the aircraft systems were manually turned off. But Kok said signs did not appear to indicate that the flight’s pilots had maliciously cut off communication. (Some aviation experts had contradicted this conclusion in a 60 Minutes Australia special in May 2018.) There was also the possibility that a third party illegally interfered, investigators said. However, Kok pointed out the unusual fact that no one has since claimed responsibility for the act. “Who would do it just for nothing?” he said.

Nearly 50 years ago, an unidentified passenger hijacked a Seattle-bound flight before leaping out of the moving plane with a parachute and $200,000 in ransom money. The daredevil—a man who became known as D.B. Cooper—has since eluded authorities and has almost faded into legend.

On Nov. 24, 1971, Cooper bought a one-way plane ticket on Northwest Orient Airlines Flight 305 at an airport counter in Portland, Ore., according to FBI records. Dressed in a suit and tie, the traveler didn’t appear to arouse any suspicion as he ordered a bourbon and soda while waiting for the plane to take off. Shortly after the plane was in the air, Cooper handed one of the flight attendants a note that said he had a bomb in his briefcase. He demanded four parachutes and $200,000 in $20 bills, which he received once the 36 other passengers on board were freed when the flight landed in Seattle. Keeping several members of the flight crew on the plane, Cooper ordered them to fly to Mexico City. But then the hijacker surprised his hostages and federal investigators when he suddenly jumped out of the back of the plane long before reaching Mexico.

The FBI does not believe Cooper survived, though that theory has never been confirmed. Investigators say he did not appear to be an expert skydiver since he made the jump at more than 5,000 feet in risky conditions. He was also not dressed suitably for a safe landing. According to FBI records, Cooper leaped into a wooded area at night while it was raining with 200-mph winds, wearing loafers and a trench coat.

The infamous crime is still a subject of intrigue among law enforcement experts and amateur internet sleuths alike. But his identity and fate may forever be shrouded in mystery. In 2016, the FBI announced it would no longer actively investigate the cold case, backing off one of the longest and most exhaustive U.S. investigations of all time.

When notorious labor leader Jimmy Hoffa disappeared in 1975, it triggered one of the FBI’s longest-running organized crime cases in Detroit. For decades, his disappearance has sparked widespread public interest and has become the subject of many Hollywood films. But more than 40 years later, he remains missing.

Hoffa, an ex-convict, was most famous for leading the Teamsters union—which represents freight drivers, warehouse employees and other U.S. workers—and receiving clemency from President Richard Nixon. In 1971, the former commander-in-chief commuted Hoffa’s 13-year prison sentence, springing him from a federal penitentiary in Pennsylvania, where he was serving time for jury tampering and fraud, TIME previously reported. He was only free for about four years before he vanished from a Michigan restaurant, where he reportedly went to meet with Mafia leaders.

Many speculators believe the powerful union boss was murdered, pointing to his criminal record and the likelihood that he had enemies. (The upcoming new Netflix film, The Irishman, starring Robert De Niro and Al Pacino, centers around a mob hitman’s possible involvement with Hoffa’s death.)

While Hoffa was officially declared dead in 1982, which allowed his children to inherit his estate, his body was never recovered, and an FBI spokeswoman recently told TIME his case is still an “open investigation.” Federal investigators were still searching for his remains as recent as 2013 when they excavated a field near Detroit for three days, hoping to unearth any new evidence. The hunt was again unsuccessful. “Of course we’re disappointed,” Robert Foley, then-head of the FBI’s Detroit field office, said at the time, according to Reuters.

A June 1928 photo of Amelia Earhart in front of the bi-plane called 'Friendship' in Newfoundland.
Getty Images.

More than 80 years after Amelia Earhart vanished while trying to fly around the world, historians and explorers are still trying to solve the vexing disappearance of the pioneering American pilot. Earhart had already broken barriers as the first woman to fly solo across the Atlantic Ocean when she and navigator Fred Noonan embarked on what they hoped would be the first around-the-world flight in 1937.

The pair had set off for a remote island in the Pacific Ocean called Howland Island from Lae, New Guinea, traveling more than 22,000 miles and completing nearly two-thirds of the historic trip before running dangerously low on fuel. They disappeared somewhere over the Pacific Ocean on July 2, 1937. Rescuers looked for the pair for about two weeks, but Earhart and her companion were never found.

In 1939, despite a lack of major breaks in the case, Earhart was officially declared dead by a court order. (One expert previously told TIME that her death might have been legally declared so that Earhart’s husband could remarry.) To this day, her fate remains a mystery and a topic of debate.

Charlene and Robert Spierer speak to reporters near a poster alerting people to their missing daughter, Lauren, in Bloomington, Ind. on Aug. 15, 2011
Aaron Bernstein—AP.

The disappearance of Indiana University student Lauren Spierer in 2011 sent shockwaves across many college campuses in America. Authorities said the 20-year-old vanished after spending the early morning partying at a downtown bar in Bloomington, Ind. She was last seen walking alone outside a classmate’s off-campus apartment around 4:30 a.m. on June 3, 2011.

It sparked a national manhunt, prompting several celebrities—including comedian Stephen Colbert and reality star Kim Kardashian—to spread awareness about the young woman’s disappearance on social media. But almost eight years later, investigators have still been unable to locate her, and many tips have led to dead ends. “It’s a difficult case from every angle,” said private investigator Michael Ciravolo, who was hired by Spierer’s family in 2011.

“Everything that could make it tougher has popped up in front of us,” Ciravolo told TIME.

Among the many roadblocks Ciravolo said his team faced was a lack of cooperation from the local police department and a group of young men who Spierer spent most of her time with the day she disappeared. Ciravolo said private investigators are still following up on major leads as they surface, but they have not seen significant progress. At this point, he said, there are no signs indicating that Spierer is still alive. Still, the bleak prognosis doesn’t change how much he and Spierer’s parents want to know the truth of what happened to her.

“I’m never going to give up,” Ciravolo said. “I feel like I’m looking for a family member. It’s become very, very personal and close to my heart. I just wish I could give them closure.”

Meanwhile, Spierer’s parents yearn for their daughter, who they said loved to play lacrosse and celebrate Valentine’s Day. On what would have been Spierer’s 28th birthday this January, her mother Charlene penned a heartfelt message to her daughter on Facebook, just as she does every year on the same day. “I miss you with every breath,” she wrote. 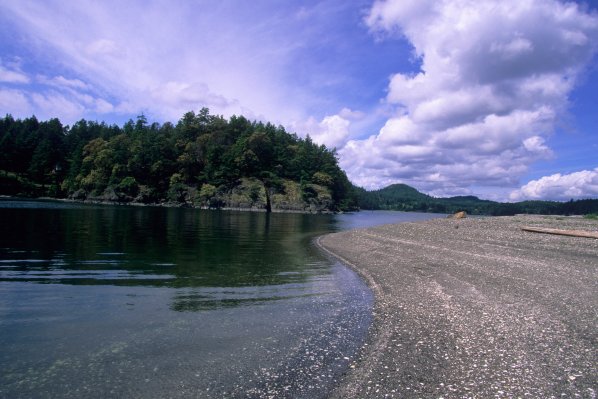 A Foot Was Found on a Canada Beach, the 13th in a Decade
Next Up: Editor's Pick