South Sudan ranks just above Syria and Afghanistan as the least peaceful country in the world. Its people are being force-fed the full toxic stew of warfare: violence, child soldiers, warlords (remember Joseph Kony?), famine, displacement, statelessness. Bishop Eduardo Hiiboro Kussala, who heads the Catholic church in the Tombura-Yambio diocese in the country’s southwest, is trying to broker a peace between its warring factions.

The country, whose population is largely Christian, won its independence from Sudan in 2011 after a protracted campaign that involved thousands of lost lives and billions of dollars of foreign aid, mostly from the U.S. By 2013, it had slipped back into violence. Since then, the U.S. has spent about $4 billion on humanitarian assistance, most of it on food aid.

Today, two-thirds of the country’s citizens are displaced or living without adequate food or shelter. On Nov. 12, a new transitional government, comprised of President Salva Kiir Mayardit and former vice president turned rebel leader Riek Machar, is scheduled to come to power in the latest attempt to bring peace. But preparations for this switch are far behind.

Bishop Kussala, the Vatican’s representative at the peace negotiations, grew up in refugee camps with his grandmother after his village was attacked and his mother killed when he was nine months old. Before South Sudan gained independence he ran churches and taught in refugee camps in the neighboring Central African Republic.

Along with other faith leaders, he has had some success in brokering a peace for the Western Equatoria region in which he works, partly by persuading rebel armies to lay down their arms and partly by persuading the cowboy-hat wearing South Sudanese President Kiir to honor existing peace agreements.

In an interview in New York City to raise money for the Sudan Relief Fund, he talks about why Americans should not give up on the newest member of the United Nations.

TIME: South Sudan won independence from Sudan in 2011. But it fell back into conflict within two years. Why?

BISHOP EDUARDO HIIBORO KUSSALA: I don’t call it a tribal or ethnic war, but a war of ignorance. These people for centuries never had a country of their own. To organize a nation needs a lot of work. A Minister of Finance or a Minister of Foreign Affairs was [previously] a commander in the bush fighting. And nearly 95% of the population don’t know how to read and write. When there are property disputes and problems, people take care of security within their communities, within their own tribal bodies.

You’ve met with young rebel soldiers in the bush to try and persuade them to lay down their arms. What did you say to them?

I didn’t do it alone, I invited all the faith-based organizations, Christian and Muslim, saying that if we have faith we have to work to bring peace. More than three times I was made to kneel down at gunpoint, but we kept telling these young boys that ‘Look, the country’s yours, and the country belongs to your future. And this gun can’t take you anywhere, what do you want?’ The President had said ‘If you can manage to convince these young people to come out of the bush I will collaborate with you.’

And he did, and we were able to bring 10,000 young people out of the bush. And following them we brought over 2000 child soldiers who were with them and then also released a couple of hundred women who were forced to stay with them. That has actually brought peace to the area. And now the USAID is doing wonderful work in the area where I come from, Western Equatoria, in what we call recovery and resilience. This area has become an example that peace is durable. Because it’s owned by the people, it’s owned by the community.

Four million South Sudanese have been displaced, and a further five million are basically without food and shelter. That’s nine million in distress in a country of only twelve million people. Do you ever get overwhelmed by the enormity of the problem?

Exactly. It’s hard for me to sleep. The sight is terrible. We are talking about a people who don’t have access to the most basic needs. Children, women, elderly people. We are being overwhelmed with this. The humanitarian needs is acute, and one for which we definitely will need support.

Given how much the U.S. has already spent, what would you say to Americans who say that South Sudan is just too much of a mess to meaningfully help by giving more money?

I would say that they should consider us like people who are on life support. If you remove it, the people will die. If we go back into war, things will be worse. Are we going to sit and see people slaughtering themselves? The second thing is that [the money] will also bring some sort of development program. Young people join the rebels just because they want to make ends meet. They don’t have another job; they say, “I’m joining the rebels, maybe the leaders say they will give me a hundred dollars.”

It’s said that there can be no peace without justice. Is part of the problem that people are still upset over past injustices?

In South Sudan we have come to know that most of the people who are fighting are in the government and they have the weapons, so to initiate the process of justice, first we need to stop the war, organize the government, and then gradually the people can have the security to be able to speak out.

In many places, including the United States and in Europe, people have sharply differing opinions about where their country should be going. Do you have any words of advice or warning for these countries as they begin to fracture?

I come from a very [remote] village. But with the Internet I’m connected to the United States in seconds. So there’s no way now we can say ‘I can do it alone.’ I think what we need to do is to continue, of course, respecting the dignity and the rights and the culture of people, but try to enhance those values which are proper to every human being, to work and live together.

Isolation will not solve the problem of the world. Those countries have the power and a lot of influence also need really to pave the way and not to say I can do it alone. I’m asking the American public: pray for us and also help us take care of this new country so it can become like you. 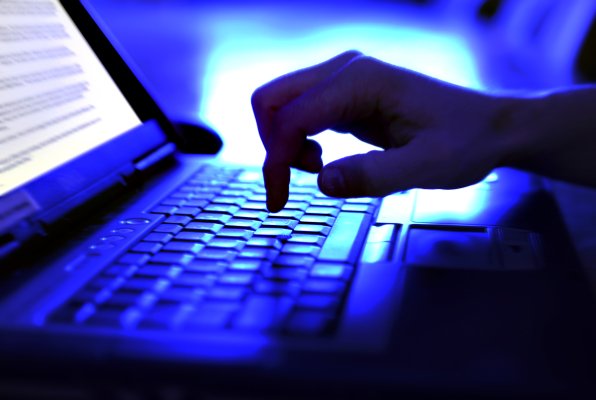 Child Bride Auctioned in South Sudan on Facebook
Next Up: Editor's Pick