Warning: This post contains spoilers for the 2006 film The Departed.

Ahead of the Nov. 1 limited-theater premiere of his film The Irishman — the new movie will hit Netflix on Nov. 27 — director Martin Scorsese has cleared up a long-lingering question about one of his past projects, The Departed.

In a recent interview with Entertainment Weekly, Scorsese finally explained the true meaning behind the last words spoken by Leonardo DiCaprio’s character, undercover cop Billy Costigan, before he is shot in the head and killed by the corrupt Trooper Barrigan (James Badge Dale).

The confrontation in question occurs after Costigan arrests Sgt. Colin Sullivan (Matt Damon), a mobster mole who has infiltrated the Massachusetts State Police, on the roof of the building where Captain Queenan (Martin Sheen) was killed.

“Just kill me,” Sullivan pleads with Costigan as they ride the building’s elevator down. “I am killing you,” Costigan replies, a response that left some viewers wondering whether he intended to literally kill Sullivan or knew that turning him in would do the job in a metaphorical sense.

Now, thanks to Scorsese, we have our answer. “He was going by the book,” the director told EW. “He’s trying to be a good man.” 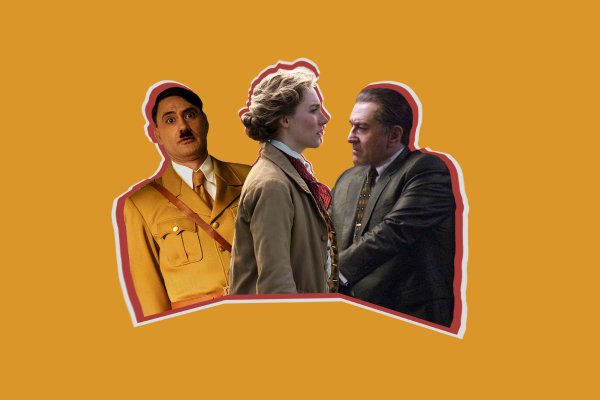 10 Upcoming Movies Based on Books
Next Up: Editor's Pick