The CW's Charmed Reboot Is So Political, It Forgot to Be Fun

There’s nothing new about the politicization of witches. They’ve been a barometer for American society’s attitudes toward women since, well, 17th-century Salem. Hundreds of years later, the archetype evolved into a pop-cultural referendum on feminism in particular. While the 1960s brought the adorable domestic subversions of Samantha Stephens on Bewitched, the liberated Witches of Eastwick coincided with a transition from the early-’80s porn wars to the sex-positive feminism that reigned in the ’90s. Witches dominated the latter decade, from the teen outcasts of The Craft to ABC’s plucky Sabrina Spellman to Hocus Pocus’ campy coven. In 1998, Aaron Spelling got in on the trend with Charmed. Three sisters who owned a nightclub and wore going-out tops to fight demons, the drama’s Charmed Ones were yet another sign of the times.

Twenty years later, witches are back (see: The Witch, American Horror Story: Coven, The Love Witch, Netflix’s upcoming Chilling Adventures of Sabrina) and so is Charmed. Premiering Oct. 14 on the CW, the reboot is very obviously courting the Gen Z feminist zeitgeist. Following the death of their women’s studies professor mother, Marisol (Valerie Cruz), three half-sisters—all young women of color—learn that she was a witch. And it turns out they’re witches, too; Marisol had just temporarily bound their powers so that they could grow up like garden-variety humans. But with Mom out of the picture, the trio’s abilities are suddenly activated.

While the original sisters had aspirational jobs in creative industries, the lives of their 2018 counterparts revolve around the university where Marisol taught. The baby of the family, Maggie (Sarah Jeffery), is a wide-eyed freshman who worries that her witch commitments will prove incompatible with sorority life. A grad student with a detective girlfriend (Ellen Tamaki), middle child Mel (Melonie Diaz) embraces both the “angry feminist” label and the matriarchal tradition that witchcraft represents. Only after their mother’s death do Mel and Maggie learn that they have an older half-sister, Macy (Madeleine Mantock), a molecular geneticist who works in the college’s labs and harbors a scientist’s skepticism about the supernatural. When they team up, the triad’s powers are unparalleled.

Schooling them in the ways of Wicca is Rupert (Harry Greenwood), a bookish British guardian angel in the vein of Giles from Buffy the Vampire Slayer. He has just taken over for Marisol as chair of the women’s studies department, and his appointment raises the hackles of Mel, who is furious to see a “cis male” given the position. Her first encounter with Rupert reveals just how relentlessly woke the new Charmed wants to be: His claim to legitimacy, you see, is that he’s been retweeted by Roxane Gay. If you don’t follow the feminist author on Twitter, take your confusion as a hint that you’re not part of the show’s target audience.

Though the reboot looks like it will stick close to the original’s monster-of-the-week format, its overarching themes are ripped from 2018’s front-page headlines. And that would have been fine if the driving forces behind it, executive producers Jessica O’Toole, Amy Rardin, and Jennie Snyder Urman, trusted their young viewers enough to make the political commentary less thuddingly obvious. Centered around a creepy professor who is reinstated after a skewed sexual misconduct investigation, the pilot finds Mel posting “Time’s Up” flyers with his face on them around campus. You can guess who the demons are based on who seems baffled by the idea of continuous consent. And in the most ham-fisted moment of the episode, Rupert not only reads a prophecy detailing a cataclysmic moment “when the weakest of men reaches ill-gotten glory” but provides an unnecessary translation: “Suffice to say it’s your current president.”

The intentions behind Charmed were clearly pure. Lively performances from Diaz and Jeffery make the pilot significantly more fun than it could have been. Yet the series is especially disappointing coming from Urman, the mind behind the CW’s excellent Jane the Virgin, which has tackled such issues as immigration and abortion without sacrificing character development or forsaking its thrilling telenovela twists. Though they’re grounded in progressive values—feminism, anti-racism, diverse representation—shows like Jane are first and foremost solidly constructed stories that provoke thought. To see what well-meaning propaganda masquerading as entertainment actually looks like, look no further than Charmed. 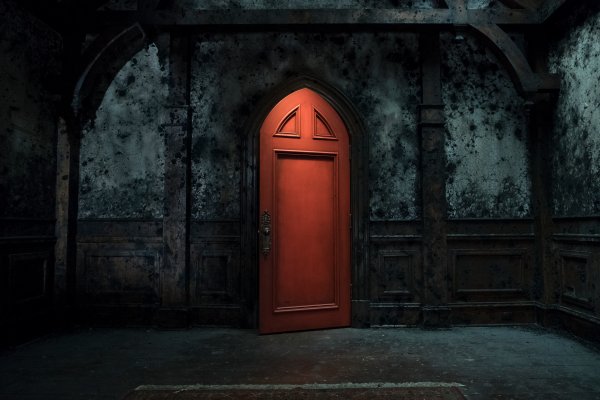 Unraveling the Mystery Behind the Red Room in The Haunting of Hill House
Next Up: Editor's Pick