Ever since Houston Rockets general manager Daryl Morey unwittingly sparked an international incident with his tweet in support of protestors in Hong Kong — which compelled China to pull NBA sponsorships and cancel broadcasts of last week’s exhibition games in the country between the Brooklyn Nets and Los Angeles Lakers — fans and commentators have been awaiting a response from LeBron James. The NBA superstar hasn’t been shy about wading in political waters. He’s been a fierce critic of President Trump, a vocal supporter of payments for college athletes, and has spoken out on police violence and other issues. He also stars in an ESPN TV show called “More Than An Athlete.”

While James was in China last week, the NBA cancelled media availabilities for the teams. “They have been placed into a complicated and unprecedented situation while abroad and we believe it would be unfair to ask them to address these matters in real time,” the league said. So James could avoid answering uncomfortable questions on Chinese soil.

But back in the U.S., just as China-NBA tensions were dissipating and fans’ attention was turning towards the Oct. 22 season tipoff, James spoke up. And his startling comments put China right back at the center of basketball.

James said he believed Morey “either was misinformed or not really educated on the situation” and that “many people could have been harmed, not only financially, but physically. Emotionally. Spiritually.” Any reasonable observer could have interpreted James’ remarks as tacit support for the Chinese government, which reacted angrily to Morey’s pro-Hong Kong tweet, over Morey’s right of free expression.

James later backtracked, saying on Twitter that he wasn’t talking about the “substance” of Morey’s tweet, but its impact. “I do not believe there was any consideration for the consequences and ramifications of the tweet,” James said. He said Morey “could have waited a week” to send it, implying that he objected to Morey potentially putting players in harm’s way while they were in China.

While James may have a point — when Morey sent the pro-Hong Kong tweet, he surely didn’t anticipate the backlash from the Chinese government — implying that speech should be regulated for the convenience of NBA stars playing exhibition games isn’t exactly endearing to the average American.

Plus, the damage was already done. At a “Stand With Morey” rally in Hong Kong, a protestor held up a meme of James holding Chinese money. China is an enormous growth market for the NBA — the league, and all its players, profit handsomely from doing business there. Boston Celtics center Enes Kanter, who hails from Turkey and is embroiled in a feud with the Erdogan regime, fired off a series of pointed tweets. “Wow dude!”, he wrote, with the head slap. “SMH.” The barfing emoji. Plus, this:

One of the more bewildering aspects of this whole affair is how the NBA and its most visible player — two entities whose support for free expression and willingness to engage on world affairs have only seemed to increase their global popularity — have managed to stir so much anger in their initial responses to the China-Morey feud. They both seemed to choose money over principle. Last week, the NBA’s first statement in response to Morey’s tweet was far from a ringing endorsement of free expression, saying “that the views expressed by Houston Rockets general manager Daryl Morey have deeply offended many of our friends and fans in China, which is regrettable.” The apparent deference to China managed to cause bipartisan indignation: Ted Cruz and Beto O’Rourke were united in their opposition to the league’s response.

NBA commissioner Adam Silver soon acknowledged that the NBA’s “initial statement left people angered, confused or unclear on who we are or what the NBA stands for.” And unlike many corporate entities who have angered China, the NBA did not give into the government’s pressure to apologize or condemn Morey’s support for the Hong Kong protestors. But when it comes to business diplomacy, first impressions go a long way. People won’t soon forget the NBA’s initial tepid response. The rest, fairly or not, reeks of damage control.

And now LeBron James, of all people, at best bungled his response to a delicate international situation, or at worst turned on a fellow American who tried to express support for a pro-democracy movement. Few, if anyone, envisioned one of the most world’s most admired people forced into damage control mode, on the eve of one of the most anticipated NBA seasons in memory. (In case you’ve forgotten the actual basketball storylines: a dizzying array of offseason player movement has put superstars in new places: Kawhi Leonard and Paul George on the Los Angeles Clippers, Russell Westbrook on the Houston Rockets, Kyrie Irving and Kevin Durant on the Brooklyn Nets, and so on.)

Fans and pundits, however, have short memories. At some point, on-court drama will trump off-court contretemps, almost every time. For LeBron James, Adam Silver, and the NBA at large, tipoff can’t come soon enough. 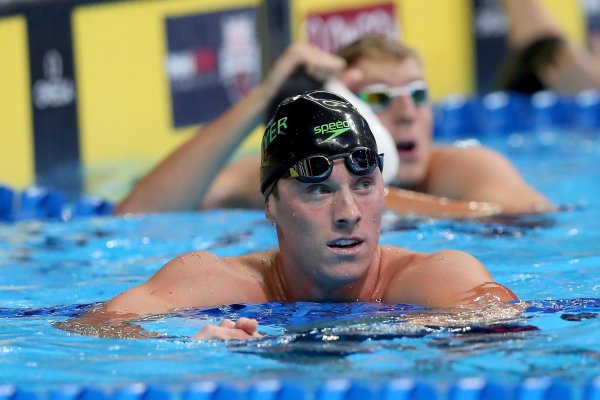