LeBron James: No, I Don't Regret Calling Trump a 'Bum'

LeBron James has no regrets after slamming President Donald Trump for rescinding an invitation to Golden State Warriors star Stephen Curry to celebrate the team’s championship at the White House.

Trump disinvited Curry from the White House on Saturday in response to comments made by Curry that implied he would not attend the celebration. That was just part of a string of weekend attacks against against NFL players who kneel instead of standing for the national anthem during games to protest of racial inequality and police brutality.

James lit up Twitter with a response that addressed the President as “U bum.”

During a news conference Monday, James stood by his words.

“That’s not a name call,” he said. “You bum. Me and my friends call each other that all the time. I’m not his friend, though. He’s not my friend.” 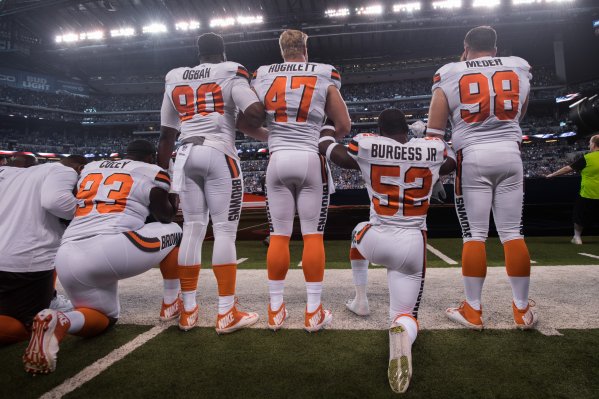 Does the NFL Require Players to Stand for the National Anthem?
Next Up: Editor's Pick