Sign language interpreters can be some of the most exciting people to look out for at shows. Just take a look at David Cowan, a freelance deaf interpreter who appeared at Atlanta’s Pride celebrations this week and whose jubilant dancing and expressive interpretation have fans applauding his festive performance.

Captured and shared on social media by deaf actor and activist, Dancing with the Stars winner and model Nyle DiMarco, and identified by his followers and supporters, it turns out that Cowan isn’t a stranger to the local deaf scene. He’s even been a grand marshal for Atlanta Pride in the past, and has a well-documented history of being a public member of the deaf community in Georgia, as well as appearing in ASL-related films.

But for those just discovering him, Cowan’s latest performance is turning him into a memorable new social media hero. His work has also been gaining attention on Reddit, where commenters note that he’s been known to sign for politicians like Rep. John Lewis and Gov. Brian Kemp, too; news reports on his work also suggest he’s been a part of interpretations for Black Lives Matter protests and the Women’s March.

Cowan clarified the process of signing in real-time at the Atlanta Pride event to TIME. “We have a hearing interpreter who listens to the songs and relays to me. Then I translate into ASL,” he explained. Because ASL is a visual language, some lyrics — like “slap my booty,” Cowan told TIME — are tough to translate, since the word “booty” is slang. “I can’t just fingerspell that because of our language/culture aspect,” he says. “I had to dance with my hand [and] slap on my butt.” That enactment is what makes his interpretations so fun for people watch in person and online, for both hearing and deaf audiences alike.

“[Hearing audiences] can grasp or understand what I’m saying. It inspired them,” he reflects of his Atlanta Pride moment. “At the same time, I’m just focusing on delivering the messages from English to ASL so that way the deaf audiences can have equal access to enjoy the event as you hearing people do. Social media is a powerful tool to share information all around.”

It also helps bring attention to implementation of the Americans with Disabilities Act, which is the law that requires public events to be accessible. “It’s as simple as that. No more language deprivation,” Cowan said. Just because audiences are deaf like Cowan does not mean they don’t enjoy access to music. “I enjoy any music that has bass or treble,” he says, “not just words.” Still, the ADA law is not always followed fully, Cowan says, which is why he believes it’s important that organizations like the Atlanta Pride Committee prioritize it.

While Cowan is not exactly new to the public eye, we should certainly expect to see him continue to play a role in minimizing language deprivation. “I’m very excited about this possible journey to our next public appearance,” he says of what’s next; the fact that the video went viral could help his cause. In the meantime, this particular day on the job will go down in history.

(Here’s where people can also watch the video with sound and appreciate his interpretation.) 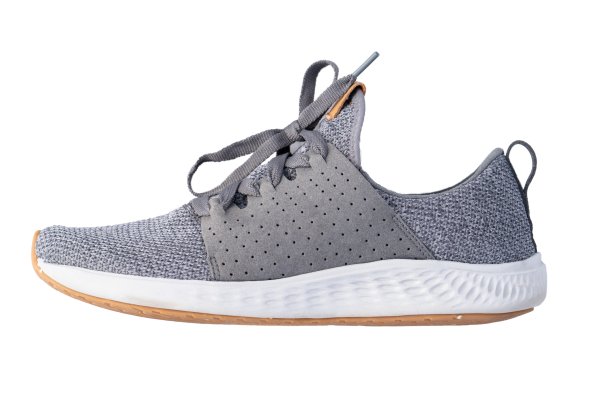 The Great Sneaker Color Test Debate Is Back to Splinter the Internet
Next Up: Editor's Pick