The current wave of early ’00s nostalgia may have reached its peak this week when a young couple channeled former couple Angelina Jolie and Billy Bob Thornton’s infamous red carpet moment for the 2000 movie, Gone in 60 Seconds, for a red carpet premiere of their own.

Avan Jogia, the star of Zombieland: Double Tap, and his girlfriend, actress Cleopatra Coleman, dressed in outfits for the Zombieland premiere that were nearly identical to those that Jolie and Thornton wore for the premiere of her movie, Gone in 60 Seconds. Jogia wore brown leather pants, a red and white print button-down and baseball cap like the ones sported by Thornton, while Coleman wore a pair of black leather pants and a light blue crop top, along with a temporary tattoo that read “Avan Jogia” paid homage to the real one that Jolie had gotten for Thornton that read “Billy Bob.”

The couple furthered the comparison by posing in the same manner as Thornton and Jolie. Jogia and Coleman have been dating since 2017. Thornton and Jolie’s short-lived union from 2000 to 2002 was one of the most memorable moments of 2000s celebrity culture; the pair tied the knot in 2000 after just two months of dating and were known for their quirky ways of showing romance, like wearing lockets of each other’s blood around their necks.

See how Jogia and Coleman channeled Jolie and Thornton below. 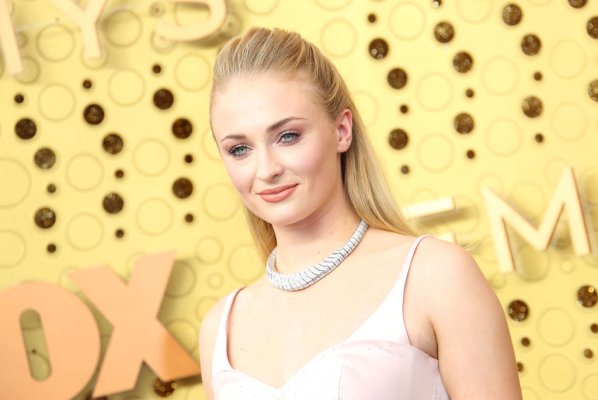 Sophie Turner Wears a Beanie to Call Out Influencers on Instagram for Promoting Diet Products
Next Up: Editor's Pick