Okja: A Super-Cute Super-Pig Made to Suffer Supremely

Day 3 of the 70th Cannes Film Festival began with a technical snafu: The morning screening of Bong Joon Ho’s Okja was derailed by improper masking, which means a portion of the image gets sliced off. The audience booed and clapped aggressively to alert the authorities without having to leave their seats. (It had taken forever to get into them in the first place—security at the festival is tighter than ever this year, and the delays are making the press corps unruly.) After that problem had been cleared up, the film began again.

When the Netflix logo came up—Okja is one of two Netflix-produced films screening here in competition—the rabble booed loudly again. Netflix has become a punching bag at this year’s festival because it has no theatrical distribution planned for either of its competition films in France. (Okja will, however, see theatrical release in the U.S. and the U.K.) And most film people—and what are Cannes attendees if not film people?—see the big-screen experience as essential.

But the end of the film was met with cheers, and not a single boo. Film people, unlike elephants, apparently have short memories, and the grudges that seemed so important two hours earlier had evaporated. I too had forgotten any grumpiness I might have harbored at the beginning. But I greatly disliked the film, and I felt alone in the wilderness of cheering.

In Okja, a giant U.S. corporation headed by Tilda Swinton in a severe blond wig, has launched a major initiative: It will breed and perfect a “superpig,” a giant creature that will leave a minimal footprint on the planet, excrete less, and, in the words of Swinton’s character, “taste f–ing good.” Fast-forward ten years after the experiment’s launch: A young girl in the Korean countryside, Mija (An Seo Hyun) has, with her grandfather, raised one of these animals from superpiglet to maturity. Okja is now full-grown, with grayish pachyderm skin, gently flaring nostrils, floppy ears and a sweet expression. She looks like a cross between Barney and Station from the Bill and Ted movies.

Okja sure is cute. But the evil corporation that engineered her in the first place takes her back, with the aim of turning her into bacon. Jake Gyllenhaal plays a slick, untrustworthy TV-show host who will end up doing nasty things to Okja. Paul Dano shows up as an animal-rights activist hoping to save Okja’s skin. The action shifts from Korea to New York, as Mija tries to save her beloved friend. The grand chase culminates in a gruesome slaughterhouse scene—because even though this is a fantasy, we can’t be let off without some psychic punishment.

Bong’s style is broad and exaggerated, often garishly so. His comedy is often lacerating, and he hop-scotches among genres and moods in a single film. How you respond to Okja will probably depend on how you feel about Bong’s other films, like the class-system-skewering fantasy-adventure Snowpiercer. Okja stands firmly against many things that plenty of us don’t like: Big, greedy corporations, GMOs, people who seek to run whole countries as if they were businesses, and basic human cruelty. But this is one of those films where we’re persuaded to love the creature in question, only to see it abused so the filmmaker can drive home his points. It invites viewers to cheer the bad guys and feel superior for doing so. Yet it’s a film that, behind its veneer of winsome adorableness, seems to express contempt for just about everyone.

At one point Swinton’s craven CEO cackles over how popular her superpig meat is going to be among the masses: “If it’s cheap, they’ll eat it.” We’re supposed to laugh because, conveniently, we’re not those people. Okja takes the worst impulses of Walt Disney, Wes Anderson, Tim Burton and Michael Moore and rolls them into one movie. Poor, poor Okja. As a movie creation, she’s inventive and lovely. And she’s saved from the worst, thank God. But in the end, she’s sacrificed at the altar of self-congratulation. Maybe it’s a worse fate. 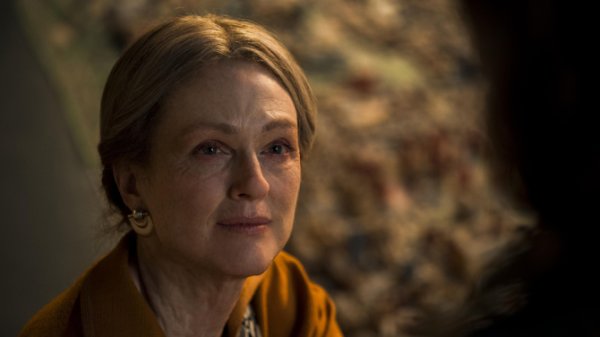 Todd Haynes' Wonderstruck Will Leave You Exactly That
Next Up: Editor's Pick