Smoking Fewer Than 5 Cigarettes a Day Damages Your Lungs Almost as Much as Smoking a Whole Pack, Study Says

Health officials have long argued there’s no safe amount of smoking—but, even still, many people assume a cigarette here and there doesn’t hurt. A new study published in the Lancet Respiratory Medicine puts that notion to rest: It found smoking just a handful of cigarettes per day causes lung damage similar to smoking more than a pack per day.

The study examined the smoking habits and health of more than 25,000 Americans ages 17 to 93. At baseline, each person told the researchers how much they smoked (as well as general information about their health, demographics and lifestyle) and had a spirometry exam, which assesses lung function by measuring how much air can be exhaled in a second, as well as how much air the lungs can push out in total after taking a deep breath. Participants were then tracked for up to 20 years, during which time they had at least one more spirometry test to assess changes in lung health.

Lung function naturally declines with age, but smoking is known to accelerate the process, putting smokers at risk of chronic obstructive pulmonary disease and other respiratory conditions. And as the researchers demonstrate in the new study, nearly any amount of smoking seems to kickstart that effect.

When the study began, about 10,000 of the study participants had never smoked, while 7,000 had quit; 5,800 had vacillated between quitting and smoking; and 2,500 currently smoked. Over time, the researchers found that both former and current smokers had poorer lung function than never smokers—and there wasn’t a huge difference between the lungs of light versus heavy smokers.

Study co-author Dr. Elizabeth Oelsner, an internist at Columbia University Irving Medical Center, says that finding should dissuade people from taking up any amount of smoking—but it shouldn’t discourage current smokers from reducing their daily cigarette use. Doing so can be an important step toward quitting entirely, and can come with significant health benefits.

The paper also reinforces the conventional wisdom that it’s better to quit as soon as possible. Former smokers’ lung function was worse than those who never smoked years, and even decades, after they ditched the habit. Oelsner says it’s possible that smoking-related health risks never fully disappear.

There are some caveats to the findings of this study, which was funded by the National Institutes of Health and the U.S. Environmental Protection Agency. For example, it relied on self-reported data, which always comes with the possibility of inaccuracy. People in the study also had different numbers of spirometry exams over the years, likely in part because former and current smokers may not have been healthy enough to return for testing, Oelsner says. The magnitude of the effects of smoking on lung function also shrank after adjusting for relevant factors like the presence of lung disease and exposure to secondhand smoke, but the overall trends remained the same.

In the end, Oelsner says plenty of research, including hers, supports the idea that the best amount of smoking is none. “The most important messages are in many ways ones that we already know: smoking is extremely bad for lung health and avoiding smoking is the best thing that you can do,” Oelsner says. 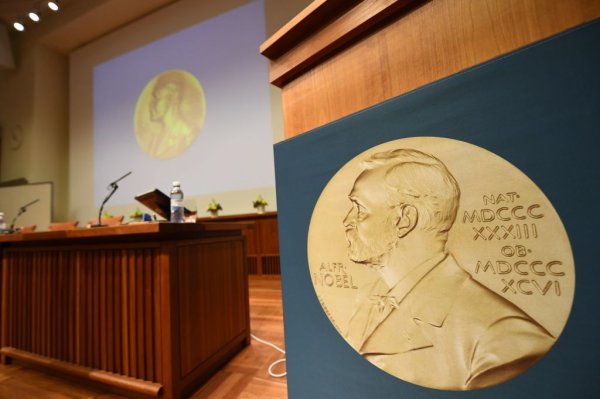 Here Are All the 2019 Nobel Prize Winners
Next Up: Editor's Pick