Greta Thunberg’s speech at the United Nations Climate Summit in September garnered widespread attention across the world — and now, the teen climate activist’s words have been immortalized in music. The British DJ Fatboy Slim sampled part of Thunberg’s speech during a performance of his song “Right Here, Right Now” over the weekend, The Guardian reports.

Fatboy Slim’s lyrics — repeated verses saying “right here, right now” — match well with part of Thunberg’s speech, in which she calls out world leaders for their inaction in the face of climate change. “We will not let you get away with this. Right here, right now is where we draw the line,” she said. “The world is waking up. And change is coming, whether you like it or not.”

The mix originally appeared online in September when the musician David Scott mashed Thunberg’s speech with the song. Fatboy Slim posted the video to his Facebook page.

Then, this month the DJ included the mash-up during a live show in Gateshead, U.K. The Guardian reports the remix opened with Thunberg’s speech as she says, “People are dying. Entire ecosystems are collapsing. We are in the beginning of a mass extinction. And all you can talk about is money.” 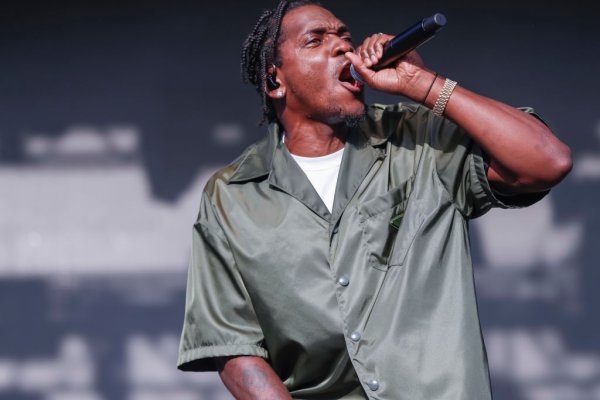 The 'Succession' Theme Is Getting the Rap Remix It Deserves
Next Up: Editor's Pick