She Was in a Secret Society at Yale. Her Latest Novel Explores the Dark and Mysterious World of the Ivy League

Leigh Bardugo has built new and unrecognizable worlds full of evil, darkness and monsters in her best-selling young adult novels. But in her adult debut, she presents a more frightening premise — a bone-chilling story that brings dark magic to our own world.

Ninth House, out Oct. 8, takes place in the halls of Yale University, where high school dropout Alex has been given a chance to join the Ivy League — for a price. The 20-year-old California native is recruited from her hospital bed after surviving a terrible trauma, because of her unusual ability to see through “the veil” to the afterlife, which means she can see ghosts. And it turns out there are a number of them at Yale. They haunt the campus but are only visible to a few among the living, Alex included. She lands a full ride — but only under the condition that she’ll help oversee the mystical activities of the university’s secret societies, which are pulsing with magic.

Ninth House marks Bardugo’s first foray into adult fiction, but she has proven herself in the fantasy genre, having sold more than three million copies of her YA books in English. Netflix is adapting her novels Shadow and Bones and Six of Crows for television. The day before the release of Ninth House, Bardugo spoke to TIME about her move from YA to adult fiction, writing about her alma matter and the things she fears most.

TIME: Why did you choose to write this book for adults?

There is always fear associated with trying something new and temptation to stay in the place where you’ve been warmly received, but this story has been haunting me for so long. It’s just where the story belonged. Because this is set in the real world, I wanted to honestly treat some of the forces at work in our world that are not magical and still have to be grappled with even if you’re casting spells, and I couldn’t do that within YA.

Did you face any difficulties in navigating around real world elements?

It is a challenge to write in the real world once you’ve had the advantage of being able to create your own world. There were certainly inconveniences of distance and understanding the map of New Haven that came into play. However, I was very lucky, because as it turns out New Haven is a city that rewards the people who get to know it. It has this extraordinary history full of strange stories and mysteries. The more I peeled back the layers, the more I discovered, and so it wasn’t really a difficulty so much as it was a different kind of exploration than what I had done in writing secondary world fantasy.

In Ninth House, there are gruesome depictions of violence, its aftermath and dead bodies. How do you get into the right mindset to sit down and write such dark material?

I’m always the kid who is going to be finding out if there is a cemetery or an abandoned amusement park that I can go visit as opposed to the beach, so it wasn’t too much of a stretch to get me to the world of Ninth House. I’ve been living with the dream of this book and the mysteries of these places for a really long time. Music is a way I’m also guided into a story — the track I used to get me into the world of Ninth House is called “Walk” by Ludovico Einaudi. Sometimes, I’ll admit, too — and I’m hesitant to talk about this because I think it sounds a little flaky — but I used scent to leave Southern California and feel like I was back in the winter. I would use scents of pine and mulled wine to try to bring myself back to the idea of being cold.

You were in a secret society at Yale. How much did your own experience inform the book?

When people write about secret societies, there is a desire to demystify them. I wanted to hyper-mystify them. I wanted to examine the idea of the kind of power that is hard to name — you can say that it’s the power of wealth, and to a certain extent it is, or you could say it’s the power of connection, and to a certain extent it is, but there is a kind of additional power that exists in these places and that does operate almost like magic.

Do you see yourself in Alex?

There’s a lot of me in Alex. There’s a lot of that person who has found herself in a place where there’s tremendous opportunity, but possibly opportunity that I was not equipped for. Also being from Southern California and having a limited range of knowledge about the world when I came to Yale. I definitely didn’t know the language. I was proficient, but certainly not fluent.

One language you have mastered is that of Twitter. For YA authors in particular, Twitter seems especially important for connecting with readers. Does that come naturally to you or is it something you have to work at?

My relationship with Twitter has evolved as my career has changed. The truth is unless you have a remarkably thick skin, as a creator, it’s a very difficult place to be. The thing I always think about is that it’s kind of like walking down a hallway and everyone is high-fiving you and then one person just hauls up and punches you in the face. You may have gotten a hundred high fives that day, but what you remember is the punch.

In the book, Alex sometimes struggles to be taken seriously. Do you have moments in your life where you face similar frustrations?

I don’t think it’s any kind of revelation to say that Alex’s experiences in seeing ghosts and her experiences with the other side of the veil are really a metaphor for women not being listened to or believed. I do not know anyone who has lived without that experience — of being that person who was not taken seriously or who has to shout the loudest and then is criticized for shouting.

There are several scenes in Ninth House that echo current crises plaguing college campuses, like sexual violence. In a scenario that feels particularly timely, a character is sexually assaulted at a party and it’s recorded on video. Why was that topic important for you to cover, and is that something you experienced or witnessed when you were in college?

There were times when I was writing Ninth House where I thought, am I going too far? Am I speaking to the memory of the culture that I experienced as opposed to what is happening now? But then my Google Alerts would ping and I would think, no, I just haven’t gone far enough. I wish that this was a skewed view of what we experience as women in the workplace and in academic institutions and in institutions of all kinds, but it is unfortunately probably the truest and least magical part of the book.

Ninth House has many spooky twists and turns. What are you most afraid of?

I’m actually a huge fraidy-cat. I love to read horror, but I cannot watch horror. I’m not afraid of the ghouls and ghosts that some people might be, but I also have a theory that ghosts never appear to goths because we’re trying too hard. I’m terrified of sharks. I’m terrified of failure. I’m really creeped out by blimps. Monkeys, sharks, blimps and dying with a tombstone that reads “had potential.” 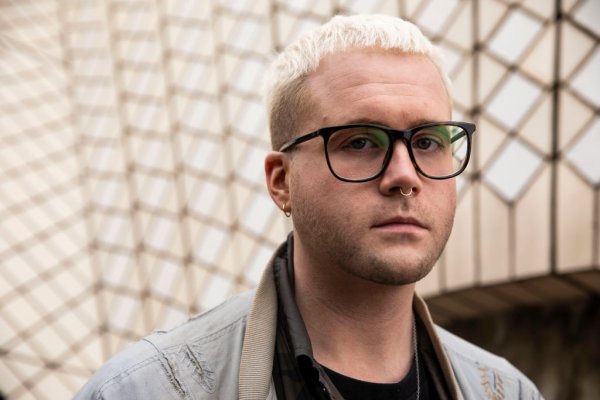 'The Capabilities Are Still There.' Why Cambridge Analytica Whistleblower Christopher Wylie Is Still Worried
Next Up: Editor's Pick