15 New Books You Should Read in October

Building on a theme seen in many of the most anticipated books of the fall, a crop of new October releases examine transformations both big and small. The sequel to Olive Kitteridge finds the finicky protagonist facing unexpected obstacles as she enters her later years. In the Man Booker International Prize-winning Celestial Bodies, the rise of the oil industry makes life in a small Omani village much more complicated for its residents. And in memoirs by authors Cyrus Grace Dunham, Saeed Jones and Thomas Chatteron Williams, change exists in the space between understanding how the world sees you and how you see yourself. Here, the 15 books to read this month.

The latest work of autofiction from Ben Lerner centers around a high school debate star and his psychologist parents, who are navigating how to raise a son in a culture of increasing toxic masculinity. Most of the action occurs in the late ’90s, when the New Right is beginning to take shape. Lerner, a Topeka native, explores masculinity in this family drama, which picks apart the consequences of violence and tragedy on the protagonist’s adolescence.

The nine stories in Armfield’s dark debut examine women and the complicated relationships they have with their bodies. Balancing everyday realities with supernatural elements — one story focuses on a girl coming to terms with her parents’ divorce, another unpacks the trauma of a world in which no one can sleep — Armfield asks unsettling but nuanced questions about power, obsession and loneliness.

High school dropout Alex lands a full ride to Yale University after surviving a horrific tragedy in Bardugo’s adult debut. But Alex’s status as a student relies on her ability to infiltrate the secret society scene, which is laced with mystery, magic and plenty of privilege. Ninth House follows the protagonist, who can see ghosts, as she attempts to spy on the fictionalized mystical underbelly of the Ivy League.

How We Fight for Our Lives: A Memoir, Saeed Jones (Oct. 8)

In his memoir, poet Saeed Jones unpacks his challenging coming of age, where he grappled with his identity as a gay black man growing up in Texas. In lyric prose, Jones ruminates on the sacrifices he made in discovering himself and examines the relationship he had with his single mother.

The modern world comes alive in Zadie Smith’s first short story collection, which covers a broad range of topics from a student’s take-home worksheet to 1959 London. Incorporating real-life figures like Michael Jackson and Kelso Cochrane into evocative scenes, the essayist and novelist uses fiction to reflect on politics, parenthood and more.

The first novel originally published in Arabic to win the Man Booker International Prize traces the journeys of three Omani sisters and their families as they must learn to adapt to their changing village. As the oil industry transforms the country, the women struggle with romance, grief and life-changing decisions in Celestial Bodies, which is also the first novel to be translated into English by a female Omani author.

When she was 16 years old, Cyntoia Brown was sentenced to life in prison for first-degree murder. In 2017, the rise of #MeToo brought new attention to the case — which arose from Brown’s tragic childhood experiences with rape and sex trafficking — and eventually led to Brown’s release from prison in 2019. In her memoir, Brown reveals what it was like to spend 15 years behind bars and shares how she was able to find sources of positivity and light in an unthinkable situation.

A Year Without a Name: A Memoir, Cyrus Grace Dunham (Oct. 15)

Growing up, Cyrus Grace Dunham felt at odds with their roles as a sister, daughter and queer woman. A Year Without a Name charts Dunham’s relationships with these memories as they contemplate their place in the world. Shifting between identifying as Grace and Cyrus, Dunham gives readers an honest look at gender transition, solidifying their fresh voice in a crucial national conversation about gender and identity.

When she was a graduate student at Georgetown University, Amaryllis Fox was recruited by the CIA. At only 22 years old, Fox received extensive advanced operations training and was eventually sent to the Middle East and Asia to infiltrate terrorist networks. Posing as an art dealer, Fox put her life on the line to help prevent terrorist attacks. She outlines her dangerous experiences as a spy in her new memoir, which Apple is adapting for television with Brie Larson as the star.

The former Supreme Allied Commander of NATO and TIME contributor breaks down the lessons that can be gleaned from 10 celebrated naval commanders’ lives, spanning over 2,500 years of naval history. The takeaways — like the importance of listening to team members and why it is crucial to take the time to slow down and reflect — are applicable across fields.

Thirteen new stories welcome the return of Olive Kitteridge in the sequel to Elizabeth Strout’s 2009 Pulitzer Prize-winning book. In Olive, Again, the prickly but beloved protagonist interacts with characters new and old as she faces her elder years in small-town Maine. As in the first book, the retired schoolteacher falls into the background in some stories, but she’s Olive, Again’s beating heart, especially as Strout unravels the fraught relationship she has with her adult son Christopher over several years.

As the son of a black father and white mother, writer Thomas Chatteron Williams spent most of his life viewing himself as a black person. But after becoming a father himself — to children many assume are white — Williams began to question exactly how race shapes self-image. His book analyzes the costs of categorizing people, from the impact it has on a person’s self-worth to the challenges someone like himself faces in determining his own identity.

All This Could Be Yours, Jami Attenberg (Oct. 22)

The impending death of patriarch Victor sends his family reeling for answers about the difficult man and the secrets he kept. In Jami Attenberg’s latest novel, set in New Orleans, the Tuchmans try to make sense of Victor’s troubled history as a power-obsessed real estate developer in order to move forward with their own lives. Told from multiple perspectives, All This Could Be Yours illustrates the heartbreak, isolation and chaos that comes from really getting to know your family.

Before he died in April 2016, Prince was working on a memoir that chronicled his rise to stardom, beginning with his childhood in Minnesota. With the help of another writer, The Beautiful Ones gives readers a closer look into the pop star’s life through scrapbook entries, lyric sheets and photographs, detailing everything from his humble roots as Prince Rogers Nelson to his entry into the industry as a young musician and his final days.

The prize-winning Japanese writer Hiroko Oyamada’s English-language debut delves into the lives of three factory workers in an unnamed Japanese city. The factory where they work is like their own little world — complete with restaurants and cafeterias — which quickly becomes problematic as it continues to grow in size. As the characters’ perception of reality blurs and they have trouble differentiating their workplace from the rest of the world, Oyamada paints a stirring portrait of modern work-life culture. 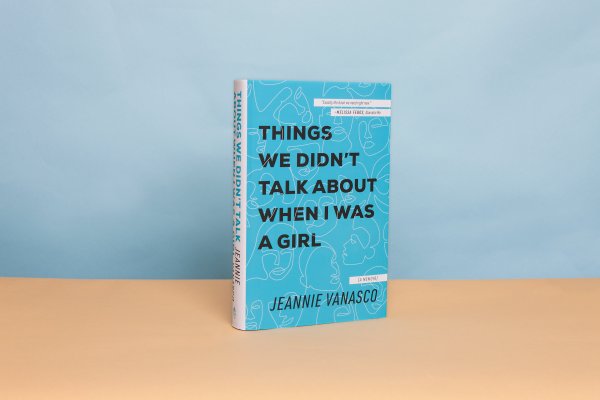 A Writer Interviewed Her Rapist 14 Years Later. The Resulting Book Is Unsettling and Timely
Next Up: Editor's Pick