By Abby Vesoulis and Philip Elliott

As tensions over an impeachment inquiry of President Donald Trump continue to heat up on Capitol Hill, both Democrats and Republicans are focused on a single man: Rep. Adam Schiff.

Many Democratic lawmakers see Schiff, the chairman of the House Intelligence Committee, as the natural choice to head up the impeachment inquiry. A group of moderate, first-term Democratic members met with House Speaker Nancy Pelosi on Thursday to urge her to elevate Schiff as the public face of the inquiry, according to four Congressional officials.

This group of lawmakers, who were mostly from swing districts and therefore in danger of losing their re-election bids next year, told the Speaker they see Schiff as a better choice than Judiciary Committee Chairman Jerry Nadler, another top Democrat. Nadler is seen as more partisan, the sources said.

But as Schiff’s star rises among Democrats, he is increasingly the target of Republicans’ ire.

On Monday morning, Trump attacked on the representative from California on Twitter. “Rep. Adam Schiff illegally made up a FAKE & terrible statement,” the President wrote. “It bore NO relationship to what I said on the call. Arrest for Treason?”

Trump’s tweet was in reference to Schiff’s flippant comments during a Sept. 26 hearing with Joseph Maguire, who became the acting spy chief in August. During the hearing, Schiff characterized Trump’s July 25 phone call with Ukrainian President Volodymyr Zelensky as a “classic organized crime shakedown.”

“Shorn of its rambling character and in not so many words, this is the essence of what the President communicates,” Schiff said in prepared remarks. He then proceeded to imitate the President’s recognizable cadence of speech: “I’m going to say this only seven times, so you better listen good,” Schiff said, speaking as Trump. “I want you to make up dirt on my political opponent, understand? Lots of dirt, on this and on that.”

“It is disturbing and outrageous that Chairman of the House Intelligence Committee Adam Schiff opens up a hearing of this importance with improvised fake dialogue,” Stefanik, a New York Republican, wrote on Twitter.

Democratic members of the House Intelligence Committee reached for comment defended Schiff’s characterization of the call. One argued in a message on background that Republicans were “grasping for straws” by criticizing Schiff over the comments, saying “they have nothing else.”

“Anyone else who thinks Schiff was ‘wrong’ is merely pearl-clutching and underestimating the intelligence of the typical person who would even know who Adam Schiff is, let alone had listened to his opening statement at a committee hearing,” says T.J. Helmstetter, a former Democratic National Committee spokesman who now advises progressive organizations. “Schiff’s rhetorical device was perhaps slightly clumsy, but it was also clear to the intended audience of highly engaged people.”

Schiff also defended his own characterization of Trump’s phone call, arguing that while he did not quote the transcript of the phone call verbatim, he correctly relayed “the message” of the call.

“My summary of the President’s call was meant to be at least, part, in parody,” he said. “Of course, the President never said, ‘If you don’t understand me, I’m going to say it seven more times.’ My point is, that’s the message.”

Trump’s Monday attacks on Schiff came after a similar outburst on Friday, when the President tweeted that Schiff had “fraudulently read to Congress” a version of the July 25 phone call. Trump said that Schiff “was supposedly reading the exact transcribed version of the call, but he completely changed the words.” Schiff did not say he was reading from the transcript.

“We used to handle” spies and treason “a little differently than we do now,” Trump told a private group, to appreciative laughter.

According to the rough transcript of the call released by the White House, Trump underscored the United States’ generosity towards Ukraine before asking Zelensky “to do us a favor.” He goes on to say he would like the Ukrainian government to investigate three issues involving the U.S., including investigating Democratic presidential candidate Joe Biden’s involvement in a case involving Biden’s son.

“I will say that we do a lot for Ukraine. We spend a lot of effort and a lot of time,” Trump told Zelensky, according to the White House’s rough transcript. A little while later, Trump says, “I would like you to do us a favor though because our country has been through a lot and Ukraine knows a lot about it.” The conversation between the two leaders occurred soon after the Trump administration withheld nearly $400 million in congressionally approved aid for the country.

The transactional nature of the call alarmed Democrats and prompted Schiff’s description of the call as a “shakedown.”

“You know what I’m asking, so I’m only going to say this a few more times, in a few more ways,” Schiff said during the hearing, imitating the President’s speech patterns. “And by the way, don’t call me again. I’ll call you when you’ve done what I asked.”

—With reporting by Lissandra Villa

Write to Abby Vesoulis at abby.vesoulis@time.com and Philip Elliott at philip.elliott@time.com. 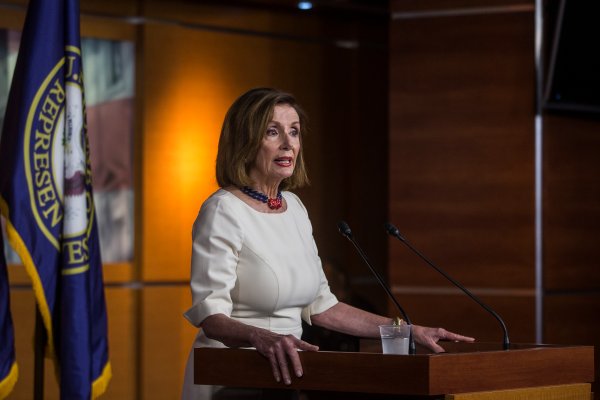