Who gives President Donald Trump advice when he’s worried about being impeached? According to the first cold open from Saturday Night Live’s 45th season last night, everyone from Rudy Giuliani to Kim Jong Un.

SNL used the season premier’s first sketch to trot out its extensive cast of characters and gave us a glimpse into who we might see if the current political situation continues. Alec Baldwin’s Trump seeks counsel from his personal lawyer, Rudy Giuliani, played by Kate McKinnon. He then takes advice from Attorney General William Barr, played by Aidy Bryant.

Both Barr and Giuliani were named in a recent whistleblower complaint of allegedly helping the President pressure Ukraine to interfere in the 2020 election by investigating a political rival: Joe Biden and his son. Both Barr and Giuliani have denied the allegations. Nancy Pelosi announced last week that Democrats would open a formal impeachment inquiry into Trump in the wake of the complaint, which has since received support from at least 224 of the 435 members of the House of Representatives, according to a tally from TIME.

“This whistleblower thing is looking pretty bad for you,” Baldwin’s Trump says to Pence.

The sketch’s ensemble also included Fox News Host Jeanine Pirro, his sons and actor Liev Schriber, who tries to tell Trump that he is not Ray Donovan — the fixer he plays on TV. 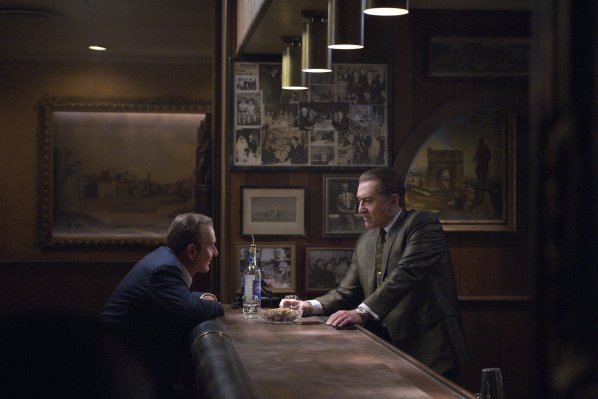 Martin Scorsese’s Masterful The Irishman Is a Moving Portrait of Betrayal and Regret
Next Up: Editor's Pick