When President Donald Trump asked his counterpart in Ukraine to help investigate Trump’s political opponents, the Ukrainian President and his team did not see the request as linked to the release of U.S. military aid, a senior Ukrainian official tells TIME on Wednesday.

“I’m telling you – no, there was no such connection,” says the official, who took part in the call between Trump and President Volodymyr Zelensky on July 25 but would only discuss it on condition of anonymity.

Trump has come under intense criticism in recent days for withholding nearly $400 million in aid to Ukraine this summer, days before asking the country’s president to help investigate former Vice President Joe Biden, a leading challenger to Trump in the next presidential race.

Congressional leaders have called Trump’s moves an attempt to blackmail a foreign government for domestic political gain, and House Speaker Nancy Pelosi opened an impeachment inquiry on Tuesday to investigate the alleged abuse of power.

But the official was adamant that the Zelensky administration, which took office in May, did not interpret Trump’s requests as a form of blackmail aimed at releasing U.S. aid money in exchange for help with investigations of Biden. “We actually had a different suspicion,” the official says.

Zelensky and his advisers believed that the White House may have frozen the aid package to Ukraine because of the proposed sale of Motor Sich, a Ukrainian factory that produces engines for missiles and jets, to a Chinese company. The U.S. has objected to that sale on national security grounds, and Trump’s then-National Security Adviser John Bolton urged Zelensky and his government to stop the sale during a visit to Kiev in August. “At the time China was more acute,” as an issue in U.S.-Ukrainian relations, than was the question of investigating Biden, says the official.

As part of its response on Wednesday, the White House took the extraordinary step of declassifying and publishing its record of that July phone call between Trump and Zelensky. It appears to show that Trump asked the leader of Ukraine to work with Attorney General William Barr on an investigation of Biden.

“The United States has been very very good to Ukraine,” Trump told Zelensky, according to the White House memorandum of the call. “I wouldn’t say that it’s reciprocal necessarily because things are happening that are not good.” He then went on to ask Zelensky to do “whatever you can do” to help investigate Biden.

Seated next to Trump at a press conference on Wednesday in New York City, Zelensky said that he had not felt pressure to comply with the request. “Nobody pushed me,” he said. Trump agreed, adding quickly: “No pressure.”

The President’s critics in Washington saw it differently. “This was a shakedown,” the Democratic chairmen of four Congressional committees said in a joint statement on Wednesday. “No quid pro quo is required to betray our country. Trump asked a foreign government to interfere in our elections—that is betrayal enough.”

Speaking by phone shortly after the White House released the record of Trump’s call with Zelensky, the Ukrainian official confirmed that it was an accurate representation of what was said. “It’s all there,” the official says. “Everyone can have a look.”

Given the uproar over Trump’s communications with Zelensky, the Ukrainian leader may feel more free to ignore the requests to investigate Biden, says Steven Pifer, a former U.S. ambassador to Ukraine. “Maybe that’s going to give him a bit of political cover. Maybe that’s going to reduce the temptation for Trump to try to strongarm Zelensky,” says Pifer, who is now a research fellow at Stanford University. “I think he has to walk a very fine line here,” he added of Zelensky. “He has to ignore President Trump’s efforts to get him to interfere in the US elections.”

The Ukrainian official says the position of the Zelensky government has always been clear when it comes to investigating Trump’s political rivals: “We will not interfere in American politics.” 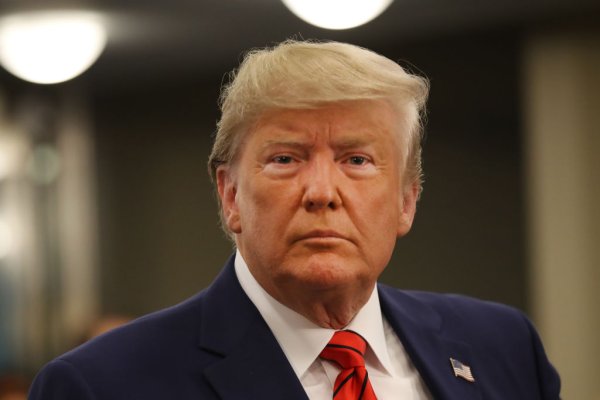 Ukraine Aid Frozen by Trump Administration Has Been Vital in the Country's Defense Against Russia
Next Up: Editor's Pick