President Trump Insists He Would Get a Nobel Prize, If 'They Gave It Out Fairly'

On Monday, President Trump said that Nobel Prizes aren’t handed out “fairly.” And if they were, he believes he would receive one for “a lot of things.”

While speaking to the Pakistani Press before a meeting with Pakistan Prime Minister Imran Khan, President Trump was asked by a reporter if he deserved a Nobel Prize. Trump was in New York, taking part in the United Nations General Assembly with world leaders from around the globe. He met with several leaders on Monday and took questions from press during the meetings.

“I think I’ll get a Nobel prize for a lot of things if they gave it out fairly, which they don’t,” Trump told reporters while he was with Prime Minister Khan.

“He had no idea why he got it and you know what, that was the only thing I agreed with him on,” Trump said.

Barack Obama received his Nobel prize eight months into his presidency for his “extraordinary efforts to strengthen international diplomacy and cooperation between peoples.”

Senators have urged Trump to address the humanitarian crisis going on between India and Pakistan over Kashmir, and help broker peace in the region. The President said he would be willing to mediate if both countries’ prime ministers asked him to fill the role.

Earlier this year, President Trump said that Prime Minister Shinzo Abe of Japan nominated him for a Nobel Peace Prize. Abe has not confirmed whether this is true. 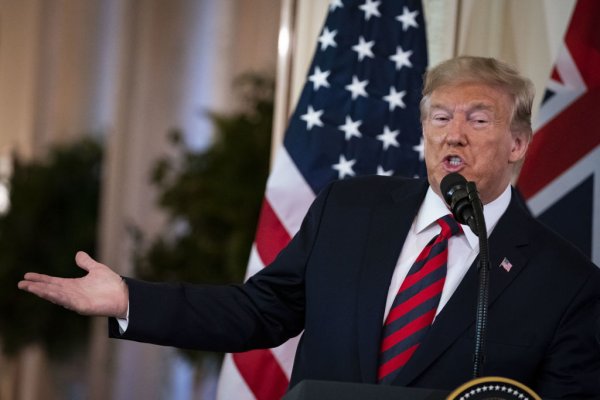 Trump Is Tweeting and Talking More in 2019: Report
Next Up: Editor's Pick