For Trump, It's Lonely Going It Alone

President Trump got the smaller room.

On Monday, the world’s leaders convened in the grand, main hall of the United Nations to discuss the changing global climate. Donald Trump, who wasn’t scheduled to attend the day’s headline event, popped by briefly after it started, then headed to a separate meeting on global violations of religious freedom.

His quick, ineffectual appearance made plain a hard truth about Trump’s presidency: he has global goals but is unwilling to build broad coalitions to accomplish them.

Previous Presidents have set the agenda for major international gatherings like the United Nations General Assembly. President Bush used the moment to make his flawed case for invading Iraq. President Obama used the venue to get countries to bring policy initiatives to address climate change and agreements to take in more refugees. Trump spoke to the full body on Tuesday and, as a senior administration official said, wanted to use the opportunity to highlight the U.S. as “a positive alternative to authoritarianism” and “showcase the administration’s commitment to upholding democracy and protecting religious freedoms.”

Reading his speech from a TelePrompter in steady, measured tones, Trump delivered a critique of international institutions and told the leaders in the room to put the interests of their own people and their own country first. “If you want freedom, take pride in your country. If you want democracy, hold on to your sovereignty. And if you want peace, love your nation,” Trump said.

But those fundamental principles aren’t driving the agenda for the week, and Trump hasn’t gotten other countries to sign on to major initiatives to back them. Instead, Trump will spend most of his three days in New York meeting one-on-one with other world leaders. “It’s just not very Trumpian to say, “Let me gather 30 of the world’s leaders together,'” James Carafano, a national security expert at The Heritage Foundation and a former member of the Trump transition team, tells TIME. “Trump’s comfort zone is in the bilateral talks. That’s his sweet spot,” Carafano says.

Trump touts his personal relationships with authoritarian world leaders such as North Korea’s Kim Jong Un, China’s Xi Jinping and Russia’s Vladimir Putin. But Trump hasn’t marshaled those one-on-one relationships to deliver on his broader policy objectives. Trump wants to force China to use fair trade practices. He wants to bring U.S. troops out of Afghanistan. He wants to pressure Iran to stop its malign activity in the Middle East. Those are all initiatives that Trump could advance using the traditional American convening power to convince other countries to act along with him.

“In many areas, the things he’s ostensibly said are his priorities in the foreign policy realm have actually been impeded because he’s pursued a unilateral approach,” says Alex Pascal, a national security expert who was a senior policy advisor in the U.S. Mission to the U.N. during the Obama administration. “U.S. standing in the world is a real material asset to U.S. presidents in pursuing policy objectives, and the lack of it hurts America’s ability to advance its interests and values,” says Pascal.

Part of the challenge for Trump, of course, is that not all of his priorities are what the rest of the world wants to talk about right now. There is growing anxiety about the impacts of climate change, but Trump campaigned on rolling back environmental regulations and took the U.S. out of the Paris climate accords. In previous administrations, the U.S. would have been looked to for help stabilizing Europe’s relationship with the UK during Brexit. But Trump hasn’t volunteered to step into that tense standoff, or bring a broader group together to solve it and stabilize markets.

“There is quite frankly a great deal to be said for the more traditional methods of negotiation,” says Anthony Cordesman, a former intelligence official at the Pentagon who is now the Arleigh A. Burke chair in strategy at the Center for Strategic and International Studies. “We’ve had a problem in finding a common strategy in bringing nations together and above all thinking beyond the most immediate threat or the most immediate crisis in trying to achieve a lasting strategic result,” Cordesman says.

Trump has long been skeptical of international institutions. The world order the U.S. helped create after World War II to promote democracy and free markets has also allowed a totalitarian state like China to engage in unfair trade practices while suppressing its citizens at home. But Trump isn’t trying to engage other countries to broadly counter China. In fact, he took the U.S. out of the Trans-Pacific Partnership which was designed to create a wall of free economies around China and prod Beijing into seeing the economic benefits of fair trade practices.

For decades there was broad agreement between Republican and Democratic administrations about the general value in touting political and economic models that underpin institutions like the World Bank, the International Monetary Fund and the World Trade Organization as a counter to centrally-controlled economies, says Salman Ahmed, a senior fellow at the Carnegie Endowment for International Peace and a former Obama administration official. The World Trade Organization failed to stop China from dumping cheap materials and stealing intellectual property from American firms, for example. But instead of bringing other nations together to reform the WTO, Trump’s administration has weakened it by acting on its own, Ahmed says, adding: “In order to get the rules enforced and rally others to that end, or to reform the operational machinery where deficient, you’ve got to be in the game. And if you absent yourself from it, reform isn’t going to happen without U.S. leadership.” 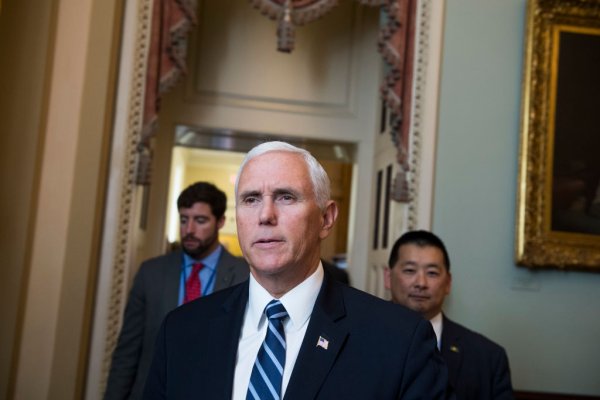