The head of the United Nations body charged with addressing global warming wants to work with the Trump administration to bring the U.S. back into the Paris Agreement on climate change, she told TIME last week at an energy conference in Houston.

Patricia Espinosa, executive secretary of the United Nations Framework Convention on Climate Change (UNFCCC), said that she remains “hopeful” that Trump’s decision to leave the Paris Agreement can be reversed before it becomes official in 2020.

“We are more than happy to engage with the U.S. administration in order to address their concerns,” Espinosa told TIME on the sidelines of the CERAWeek energy conference hosted by IHS Markit. “There can be a reconsideration of this decision.”

Trump said last June that he would withdraw the U.S. from the landmark climate deal, calling it a drain on the American economy, but his decision cannot be made official until 2020 thanks to a waiting period on withdrawal included in the agreement.

At the helm of the UNFCCC, Espinosa oversees ongoing negotiations to implement the Paris Agreement and other international talks on global warming. She said that the details of those negotiations, which include development of detailed rules on how countries commit to and report on greenhouse gas emissions cuts, could help sway the Trump Administration to rejoin the Paris Agreement.

George David Banks, a former Trump energy advisor, told TIME last month that Trump has been telling foreign leaders that the U.S. might rejoin the Paris Agreement. Banks suggested the Trump might want to use re-engaging on the Paris Agreement as a talking point ahead of the 2020 election.

Trump’s position on climate change is far from the only issue on Espinosa’s plate. The former Mexican foreign minister acknowledged to TIME that countries’ current commitments to reduce greenhouse gas emissions remain behind the target set in the Paris Agreement but said that the “path is there” to achieve the goals. The deal calls for countries to limit temperatures from rising more than 2°C (3.6°F) by 2100 with an ideal target of keeping temperature rise below 1.5°C (2.7°F).

“We are far from the 1.5 degrees if we look at the commitments that have been put on the table,” she said. But “there is a lot happening, a lot more than anticipated.”

Espinosa, who took her current position in 2016, less than a year after countries reached the Paris deal, stood out from other high-profile attendees at CERAWeek, a conference largely dominated by oil and gas industry executives. Until recently, the industry has by-and-large opposed measures to address climate change.

But Espinosa stressed that working with the energy sector would pay dividends. “Without participation of the energy sector in the transformation that we need to have to address climate change we will not be able to get to the goals set in the Paris Agreement,” she said. “We need to engage with all the actors that have an impact in achieving those goals.” 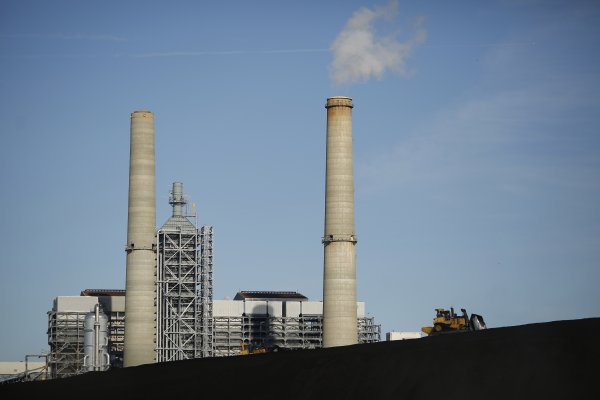 Oil Companies Have a Climate Change Solution That Would Help Their Bottom Line
Next Up: Editor's Pick