A Canadian teenager has been diagnosed with “severe respiratory illness” linked to use of vaping products, health officials in Ontario, Canada, confirmed Wednesday.

“As far as we are aware this is the first case of vaping related illness that’s been reported in Canada,” said Dr. Christopher Mackie, the medical officer of health and CEO of the Middlesex-London Health Unit, at a press conference.

According to Mackie, the unidentified individual was a “high school age youth” who had “no other health issues whatsoever.” He added that “[the individual] had quite a severe illness course, including ICU life support.” The teenager recovered and is now at home. Mackie’s said his team was notified of the case late last week.

Mackie would not comment if the individual had vaped cannabis, which some have argued is driving the rise of vaping-related illnesses in the United States.

As of Sept. 11, the Center for Disease Control in the U.S. had identified 380 confirmed and probable cases of lung disease associated with vaping in 36 states and the U.S. Virgin Islands. Seven people have died from vaping-related respiratory illnesses in the U.S. since the first case was reported on Aug. 23.

“It’s important to point out that there are limitations to the science here,” Mackie said. “Many of the chemicals used in e-cigarettes have not been tested for their health impacts… It’s not known how e-cigarettes are causing these health concerns.” But he stressed that there was “no other potential cause [for the illness] identified other than vaping.”

“The use of these products is escalating, especially by high school-aged youth, which is a major concern for us,” Linda Stobo, the manager of chronic disease and tobacco control at the Middlesex-London Health Unit, said at the press conference.

Stobo cited a study by Professor David Hammond of the University of Waterloo that found vaping among Canadian youth ages 16-19 increased 74% between 2017 and 2018. 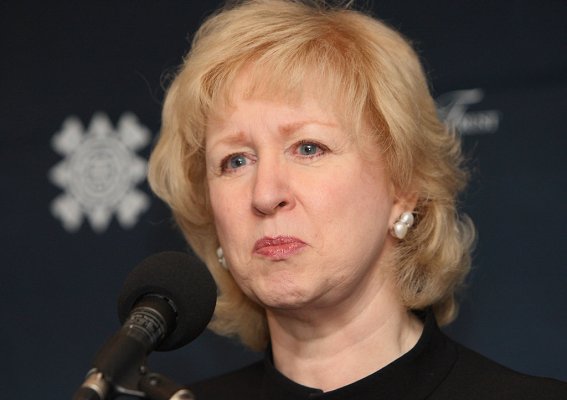 Ex Canadian PM Apologizes for 'Rooting' for Hurricane to Hit Mar-a-Lago
Next Up: Editor's Pick