One firefighter was killed and several others were injured Monday morning in an apparent propane gas explosion in the town of Farmington, Maine, a local official tells TIME.

Police said upon arrival while investigating the scene the building exploded—killing one Farmington Fire Department firefighter, injuring four firefighters and one LEAP employee. Police said all were taken to Franklin Memorial Hospital. In total seven people were injured, including an EMT.

According to police, multiple homes in the area were damaged and the LEAP building was “totally destroyed.” LEAP Inc. is a nonprofit that helps adults with cognitive and developmental disabilities.

Emergency vehicles stand by on Sept. 16, 2019, at the scene of a deadly propane explosion which leveled new construction in Farmington, Maine.
Russ Dillingham—AP

A spokesperson for Franklin Memorial Hospital confirmed to TIME that seven patients were initially taken into the emergency department following the explosion. Six of those patients were transferred to other hospitals, including one that was taken to Mass General Hospital in Boston.

State Rep. Scott Landry, who is also a Farmington selectman, who was on scene, says the building was central office with no patients, just six employees present—all of whom were evacuated prior to the explosion.

The explosion closed down roads in Farmington, a town of about 7,700 people about 35 miles northwest of the state capital, Augusta. It caused major traffic as emergency responders arrived at the scene.

The Maine Department of Transportation confirmed the building explosion, warning drivers that traffic is being rerouted.

Maine Gov. Janet Mills tweeted that she is monitoring the explosion and that the State Fire Marshal’s Office will investigate the cause.

The Franklin County Regional Communications Center put out an advisory shortly after the explosion, warning all nonessential people to avoid the “large incident.”

Video of the aftermath of the explosion is being shared on social media, showing clouds of smoke and debris in the air.

Monday’s explosion comes one year after gas line explosions caused up to 80 structure fires in several neighborhoods north of Boston, killing an 18-year old man and injuring 25 people, including one firefighter. In September 2018, thousands of residents in Lawrence, Andover and North Andover in Massachusetts were forced to evacuate their homes due to a massive gas leak.

Following the leaks, Columbia Gas of Massachusetts visited the homes of 8,600 to conduct safety inspections. The explosions sparked investigations by state and federal agencies including the National Transportation Safety Board. 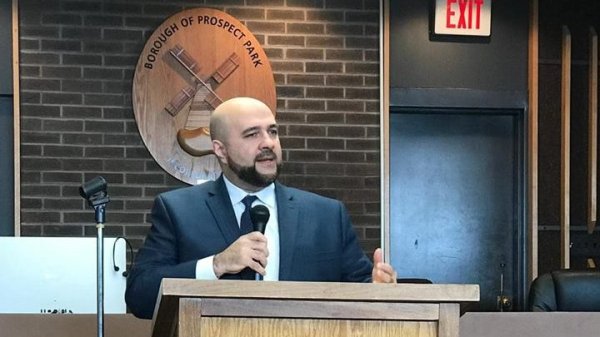