Maine Confirmed Its First Case of a Rare Tick-Borne Virus in Years. Here's What to Know About Powassan

Health officials have confirmed that an individual in Maine is sick with Powassan virus disease, marking the first time since 2017 that a person in the state has come down with the rare and serious tick-borne illness.

The Maine Center for Disease Control and Prevention announced Wednesday that a southern Maine resident was hospitalized for Powassan encephalitis—brain inflammation associated with the virus—after showing symptoms in late June. The announcement did not specify the individual’s current condition, but health officils doctors to stay vigilant about the potential spread of Powassan throughout the summer and early fall.

Here’s what to know about the tick-borne Powassan virus disease.

What is Powassan virus disease?

Like Lyme disease, Powassan is spread by the bite of an infected tick, which typically picks up the virus after feeding on animals carrying it in their blood. Powassan, however, is far rarer than Lyme disease in the U.S. There were 21 reported cases nationwide last year, and the 33 reported cases in 2017 marked the most the U.S. has seen in the past decade, according to U.S. Centers for Disease Control and Prevention (CDC) data. Since 2009, most cases have been reported in New England and the Great Lakes region, with the highest count in Minnesota.

Powassan virus disease is typically spread by the deer tick (scientifically known as Ixodes scapularis) or the groundhog tick (Ixodes cookei), according to the CDC.

What are the symptoms of Powassan virus disease?

Early signs of infection include fever, headache, vomiting and weakness, according to the CDC. In severe cases—like the recent one in Maine—the disease can spread to the brain, causing encephalitis, or the membranes around the brain and spinal cord, causing meningitis. In these cases, which are fatal about 10% of the time, people may display confusion, loss of coordination, difficulty speaking and seizures, the CDC says.

How do you treat Powassan virus disease?

While there is no treatment or vaccine specifically for Powassan, doctors can provide supportive care for complications including meningitis and encephalitis, according to the CDC.

As with most illnesses, prevention is the best medicine for Powassan. To avoid tick bites, the CDC recommends staying clear of areas where ticks are commonly found, such as heavily wooded areas or those with tall grass, especially during the tick-heavy spring and summer months.

If you will be visiting areas like these, the agency recommends treating outdoor gear with tick-repelling permethrin, wearing bug spray and checking your clothing, body and pets for ticks after returning indoors. Since pets can both contract Powassan virus disease and serve as a host for infected ticks, it’s important to prevent tick bites for them, too. 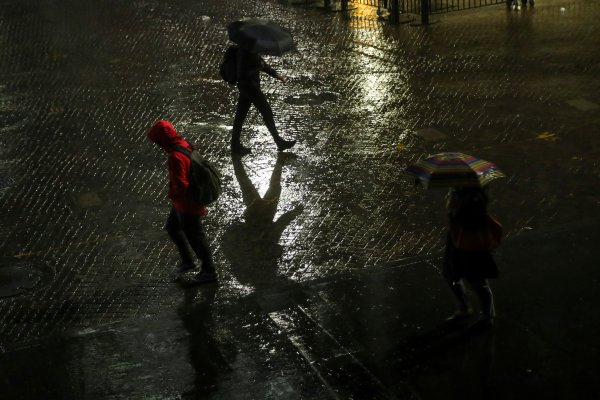 Northeast Bomb Cyclone Leaves 500,000 Without Power
Next Up: Editor's Pick