Over its five seasons, Netflix’s Bojack Horseman has become one of the darkest and saddest shows on television. There are divorces, betrayals, heavy bouts of depression, drug overdoses and dementia; one Emmy-nominated episode features the main character eulogizing his mother for 25 straight excruciating minutes.

But for Bojack creator Raphael Bob-Waksberg and co-executive producer Kate Purdy, the bad vibes of Bojack are light work compared to their new show, Undone, which they created together and which arrived on Amazon on Friday. “We’re starting from a more somber and sullen place,” Purdy says of the show. “What we explore is a bit deeper and darker: These are very real people who have very real relationships with serious stakes.”

Undone focuses on Alma (played by Alita: Battle Angel‘s Rosa Salazar), a woman who, like Bojack Horseman, deflects her depressive thoughts via a cynical mean streak and self-destructive tendencies. But the show quickly veers into supernatural territory after she gets in a vicious car crash and, while in the hospital, starts getting visits from her dead father, Jacob. Jacob (played by Better Call Saul’s Bob Odenkirk) tells Alma she has the ability to travel through time—and that she must use her powers to solve his murder.

While Undone has a sci-fi premise and is driven by a whodunnit mystery, Bob-Waksberg and Purdy hope to use the show to explore uncomfortable truths about family relationships and knock down preconceived notions about mental illness. Alma has a family history of schizophrenia, and the appearance of her dead father could be considered a sign of that diagnosis. But her father offers a different explanation: “In indigenous cultures, the people who could hear voices: they’re the shamans, the wise ones,” he tells her.

As Alma begins to move back and forth through time, the show relies on trippy visuals created with rotoscope, a film technique in which animation is layered over live-action footage. (The technique was used in Richard Linklater’s Waking Life and the Philip K. Dick adaptation A Scanner Darkly.) The approach renders a gorgeous and unpredictable world, in which the notion of Alma’s actual reality remains unclear and amorphous.

The show has received near-universal acclaim. (“A mind-expanding adventure awaits,” writes TIME’s TV critic Judy Berman.) A few days before Undone‘s premiere, Bob-Waksberg and Purdy talked to TIME; excerpts of the conversation are below.

TIME: You’ve talked about how the idea for Undone came out of a Bojack Horseman episode, “Downer Ending.” How is Undone a continuation of Bojack’s themes?

Raphael Bob-Waksberg: After Bojack came out, I thought a lot about the opportunities available to me in this moment in which I have this show that has a little bit of cultural cache. And rather than trying to build on it to do something broader or do something bigger—my Jurassic Park or Star Wars—I thought, “I want to spend to spend this cultural cache immediately and do something weirder and more ambitious.”

I’d like to think that Bojack, in some ways, pushes the edges of what some people think an adult animated show can be. That was an intention of mine while making the show. Now, I think of Bojack in some ways as a bridge to get to Undone. In Bojack, at least at first, we had to couch some of the sadder or weirder or introspective stuff we were doing in the costume of a typical adult animated comedy. With Undone, it felt like we’d outgrown that expectation.

Where does Undone allow you to go that Bojack perhaps couldn’t?

Kate Purdy: It’s more grounded. We’re not keeping a comedic arms-length by having talking animals, or making it absurdist at the top. You’re asking your audience to come in and watch a half-hour show that’s going to be very dramatic—and you’re asking people to be emotionally affected in ways that may be uncomfortable sometimes.

There have been many articles about the refreshingly accurate and poignant ways in which Bojack Horseman depicts mental illness. Is it one of your goals that Bojack and Undone shift the discourse around that subject?

RBW: I’m mostly interested in characters and how they manifest themselves in their relationships. I’m delighted that people relate to the characters in Bojack, and hopefully they will too to the characters in Undone. If they understand themselves or feel seen in a new way, I think that’s a wonderful thing. But I’m not necessarily crafting the shows to make a statement or be an example of something.

This show uses several techniques, primarily rotoscoping, it create its visual world. Why did you decide on this particular look?

RBW: One thing we really loved about the animation and rotoscope process is that it creates this unified universe. We talked about it being a live-action show—but it felt like we were saying something by saying, “This is the real world” and then “This is the mental illness element or the science-fiction element where magic timey-wimey stuff starts happening.” We wanted it to all feel seamless in a way: that you could be walking through your house and open a door and all of a sudden this other universe is there—but it happens in a way that feels organic to the universe you’re already in.

You’ve talked about your own experiences in battling depression, and your interest in Ayurveda and healing modalities. What don’t western approaches to healing understand about depression or mental illness?

KP: I did pursue psychiatry and it was helpful—but I felt like I was kind of flattened into a definition. I was having rashes and my skin was peeling; I was having dramatic weight loss. I was seeing allergists or even cancer specialists—I didn’t know what was happening. Each of them tried to treat me in different ways.

But it wasn’t until I started seeing an Ayurvedic practitioners and other healers, or shamans—who said, “You’re going through a spiritual and emotional crisis; you’re not being yourself. And because you’re trying to be someone else, your body is rebelling”—that suddenly there was poetry in the experience. I felt like I was treated not only in my mind, but in my spirit and body as well.

Do you hope the show encourages people to seek out Ayurveda or shamanism?

KP: I find that my path won’t necessarily be anyone else’s path to self-healing. There are a lot of people who do find help in traditional psychiatry and medication. But if people become interested in all kinds of cultural ways of finding healing and through that they find their own path, I would be very happy.

Kate, how much of yourself do you see in Alma?

KP: Quite a bit. Just in terms of her search for the truth and asking people, “Is this really the best way to live?” I think my wanting to take a leap of faith that there is more to why we’re here— that there has to be a greater purpose and larger design—is very much in both of us.

Bojack Horseman and Undone are two shows that depart radically from the traditional tone and subject matter of animated shows. Why do you think this shift is happening?

RBW: I don’t think animation is unique in that way. I think that’s just true of TV in general in every genre. There’s a widening of an idea of what a TV show can be or how it can be told, and that’s partially in the diversity of the creators and the stories. Because there are so many new networks and streaming services popping up every day that need more content, there are more opportunities to take risks.

Last year, there was criticism over the fact that Diane Nguyen, a Vietnamese-American character on Bojack Horseman, was voiced by Alison Brie, a white actor. Did that dialogue inform the choice of Alma’s Jewish-Latinx identity?

RBW: I would say it didn’t inform the character as much as it informed the casting. And even then, I think that may be overstating it. I think while we were writing the character, there was no doubt we were going to cast somebody we felt was racially appropriate.

We wanted to make sure we had Latinx writers on the staff and generally feel like we were doing a good job of representing these different people we were portraying onscreen. We brought in a deaf consultant [Alma has hearing loss and wears a cochlear implant] and a Nahuatl cultural consultant. Some of the child actors who play deaf children, we wanted to get deaf child actors. We wanted to be very conscientious that we weren’t just using these identities to tell stories, but actually involve these identities in the telling of the stories.

It’s been exactly a year since season five of Bojack Horseman was released. Recently the animators of the show decided to unionize. Did that affect the timetable of season six?

Everyone’s on the same page. They unionized and I think it’s wonderful; it’s exciting. It did not present any hurdles. The negotiations went very smoothly. No time was lost. Season six should be coming soon. 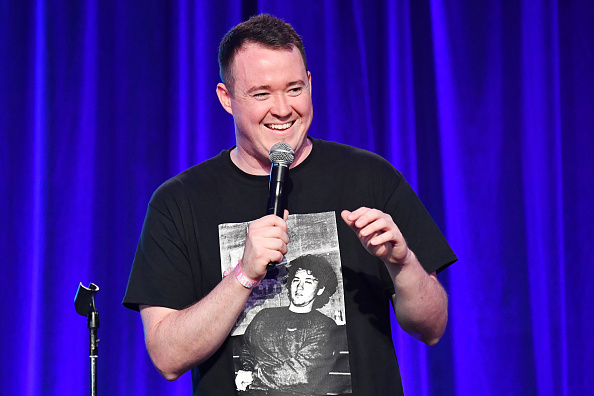