Felicity Huffman Probably Won't Go to Prison for the College Admissions Scandal, and Here's Why

When Felicity Huffman is sentenced Friday for her role in a sweeping college admissions scandal, one of the people following the case will be Kelley Williams-Bolar, who has some sense of what the actor was thinking when she pulled strings to help her daughter get into a good school.

In 2011, Williams-Bolar was convicted on felony charges related to trying to get her own children into a better school than the one in the Akron, Ohio neighborhood where she lived. But while she served jail time, lawyers don’t expect Huffman to go to prison, and that doesn’t surprise Williams-Bolar.

“The justice system is not just for everyone,” she tells TIME.

“I was a divorced mom, a black mom, living in an inner-city, just trying to make my way, trying to go to college, trying to start over again, and the justice system didn’t have any mercy on that at all,” she says.

Huffman’s sentencing in federal court in Boston will be the first test of whether any parents swept up in the cheating and bribery scheme will serve time. More than 30 parents were charged in the case, which has drawn national attention and fueled debates about racial and economic inequality in higher education and the criminal justice system.

Huffman, 56, pleaded guilty to conspiracy to commit mail fraud and honest services mail fraud for paying $15,000 to have a proctor correct her daughter’s SAT answers in 2017. Prosecutors have asked that she be sentenced to one month in prison, followed by 12 months of supervised release and a fine of $20,000. Huffman’s attorneys have said she doesn’t deserve prison time and have asked for one year of probation, 250 hours of community service and a $20,000 fine instead.

But for wealthy parents who could buy their children “every conceivable legitimate advantage,” federal prosecutors have argued that “some period of incarceration is the only meaningful sanction for these crimes.”

Anticipation that Huffman and other parents charged in the scandal could receive light sentences has sparked comparisons to cases involving non-white, non-wealthy parents who’ve spent time behind bars for registering their children in different school districts than the ones in which they live.

Williams-Bolar, who is now 48, was sentenced to 10 days in jail, three years probation, and fined $70,000 in 2011 after she was found guilty of grand theft and tampering with evidence for registering her two daughters under their grandfather’s address, so they could attend a better school in a safer neighborhood. She spent nine days behind bars before then-Gov. John Kasich intervened and reduced the conviction to a misdemeanor.

“Overzealous prosecution for my situation,” she says of the case that prosecutors brought against her.

The ordeal still plagues Williams-Bolar. Her mugshot goes viral each year when new students arrive at the Akron high school where she now works as a teaching assistant, she says.

Williams-Bolar thinks there should be consequences for parents who cheated or bribed athletic coaches to get their children into college, but she isn’t sure prison is the answer.

“At the end of the day, they are parents. They made a mistake and if they’ve never done anything before, then how do you judge?” she says. “But just make sure the punishment fits the crime.”

To prosecutors, that means incarceration, especially for this band of defendants.

“In the context of this case, neither probation nor home confinement (in a large home in the Hollywood Hills with an infinity pool) would constitute meaningful punishment or deter others from committing similar crimes,” prosecutors wrote in Huffman’s sentencing memo. “Nor is a fine alone sufficient to reflect the seriousness of the offense or to promote respect for the law. Even a fine at the high end of the applicable Guidelines range would amount to little more than a rounding error for a defendant with a net worth measured in the tens of millions of dollars.”

But legal experts note that Huffman was less involved in the scheme than some parents, and she paid a comparatively small amount of money in a scam where bribes reached $6.5 million. And the first person to be sentenced in the case—a former Stanford sailing coach who allegedly accepted more than $600,000 in bribes that went to the sailing program—also got no prison time. That makes it doubtful Huffman will serve time.

“Under the federal sentencing guidelines, [Huffman] absolutely is eligible for no jail, and she has demonstrated the acceptance of responsibility and contrition that is genuine and judges like to see,” says Jacob Frenkel, a former federal prosecutor who now specializes in white-collar criminal defense.

“On the other hand, the judge is well aware that no prison at all could mean a headline that reads ‘no jail in college admissions cheating scandal,’ and the judge is very much aware of the intense scrutiny that will attach to a sentencing decision.”

No matter what happens, Huffman’s sentence is likely to set the tone for the defendants who will follow.

“I think there’s no doubt that this will set a benchmark,” Berman says. 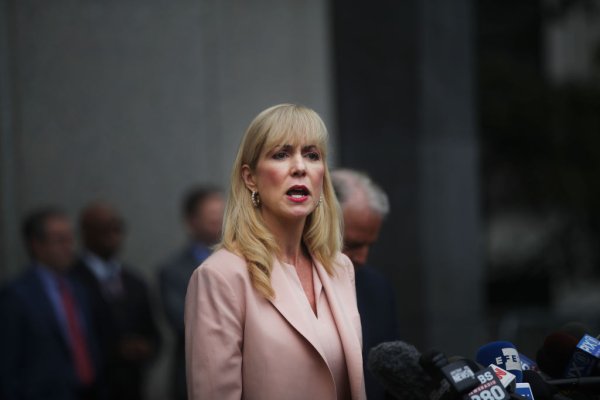