Team USA Basketball Lost to France — Yes, France. But It's Not Time to Panic Yet

Evan Fournier #10 of France in action against Joe Harris of USA during FIBA World Cup 2019 Quarter-finals match between USA and France at Dongguan Basketball Center on September 11, 2019 in Dongguan, China.
Lintao Zhang—Getty Images
By Sean Gregory

The United States got its proper comeuppance in China. On Wednesday evening in Dongguan, France defeated the U.S., 89-79, in the quarterfinals of the FIBA World Cup, ending the American men’s team’s 58-game, five-title winning streak in major international tournaments that dates back 13 years.

The loss is embarrassing for the U.S., but it’s not a surprise. France took the World Cup seriously, as four of its NBA players, including reigning two-time NBA defensive player of year Rudy Gobert, were in the starting lineup. During the 34 minutes that Gobert — who finished with the game with 21 points, 16 rebounds, and 3 blocked shots — was on the court, France outscored the U.S. by 26 points. That’s incredible.

The French team benefitted from prior international experience. Gobert, Nicolas Batum, who plays for the Charlotte Hornets, and Nando De Colo, a former member of the San Antonio Spurs and Toronto Raptors, all played together for a French team that lost by just three points, 100-97, to the U.S. in the 2016 Rio Olympics. That U.S. team featured Kevin Durant, Kyrie Irving, Klay Thompson and a litany of NBA All-Stars. This one had Derrick White, Marcus Smart and Mason Plumlee. Fine players all, but not exactly the type of premier NBA talent fans have grown accustomed to seeing.

Only two 2019 NBA All-Stars, Kemba Walker and Khris Middleton, made the trip to China. Many more top-name players, like James Harden, Anthony Davis, Eric Gordon, CJ McCollum, Damian Lilllard and DeMar DeRozan, either declined invitations or withdrew from the team. All-time players like LeBron James, Stephen Curry and Kawhi Leonard were never seriously in the picture.

This is America’s earliest exit from an international tournament since the 2002 World Championship, which was a low point in the country’s hoops history. That team fell in the quarterfinals before losing the fifth place game to Spain. After that disaster and an unbecoming showing at the Olympics two years later — the 2004 Olympic team lost three games and finished with a bronze medal — USA Basketball vowed to revamp itself, so the U.S. would never finish sixth again.

But five gold medals later, the team’s back in the depressing classification rounds. The U.S plays Serbia on Thursday in the matchup hoopheads wanted to see in a medal round, as Serbia featured Nikola Jokic, the wondrous passing big-man from the Denver Nuggets. Instead, the U.S. and Serbia will square off to avoid seventh place, or worse.

Prior to the tournament, Serbia coach Aleksandar “Sasha” Djordjevic said of the U.S. team, “if we meet, may God help them.” With a win over Serbia, then a victory in the fifth-place game, the U.S. would at least finish higher than the dreadful 2002 squad (which came in sixth and on home soil, no less: Indianapolis hosted the worlds that year). So the U.S. has something to play for! (Don’t get too pumped up).

Should the very best U.S. players have skipped this year’s World Cup, en masse? Surely, some could have benefitted from playing more competitive games over the summer, and access to expert coaching: the U.S. staff features three of the very best, including head coach Gregg Popovich (5 NBA titles with the San Antonio Spurs), and assistants Steve Kerr (3 NBA coaching titles with the Golden State Warriors, 5 as a player) and Jay Wright (2 NCAA championships with Villanova; another assistant, Lloyd Pierce of the Atlanta Hawks, just finished his first year with a young, rebuilding team. Hoops pundits have high hopes for him).

But in an era of “load management” — an industry term that fans who loathe skipped games might refer to as “too much damn rest” — a watered-down roster is predictable. It didn’t help USA Basketball that the NBA’s foremost devotee of the healthy scratch, Kawhi Leonard, who rested for 14 regular season games in 2018-2019, won the championship and was named NBA Finals MVP. Rest is in style; a trans-Pacific trip a few weeks before the start of training camps doesn’t fit the program.

Though the NBA MVP, Giannis Antetokounmpo, did play for Greece, which lost to the U.S. in the second round. If he and Jokic, a fellow All-NBA first teamer, turn in monster seasons again, their commitment to international tournaments could change hearts and minds.

Antetokounmpo said he’d trade his MVP award for a World Cup gold medal. Players like Antetokounmpo and Jokic commit to the World Cup out of a fierce sense of national pride: their participation gives their countries a chance to knock off the U.S. and shock the world. The Americans are expected to win. No one would have paraded in the streets if they won gold. When the work feels dutiful, there’s less incentive to suit up.

Plus, despite FIBA’s rebranding of this tournament from the World Championship to the World Cup before the 2014 tournament, it’s a World Cup in name only. For soccer, the World Cup is a true pinnacle. In basketball, the World Cup is secondary to the Olympics (the Olympic soccer tournament, by comparison, is essentially just an under-23 showcase). While the best soccer players sprinkle themselves across several thriving professional leagues in Europe -—the English Premier League, La Liga of Spain, Germany’s Bundesliga, Italy’s Serie A, etc — an overwhelming majority of the world’s best basketball players congregate in the NBA. So the potential NBA title for which players are resting has more prestige, more of a claim to a world championship in their minds, than the secondary global tournament.

Also, NBA teams sign the players’ very lucrative checks. If they want to avoid the chance of hurting themselves in a World Cup, can anyone really blame them?

An Olympic gold, however, is a sweeter prize. For two weeks every four years, the world turns its attention to all manner of global competitions, in sports known (basketball) and not (hello, modern pentathlon). The U.S. is almost certain to send more high-profile players to Tokyo next year. (Though expect some big names to stay home: both James and Curry, for example, skipped the Rio Games). Sure, this World Cup loss is a wake-up call: the 2020 Olympic team is likely to face stiff challenges in Tokyo. But there’s also a very good chance the team’s overwhelming talent wins another Olympic gold, like it has in six of the past seven Olympic Games.

So there’s no need to tear apart USA Basketball just yet. The Americans deserve a chance to right themselves for the Olympics. If they lose in Tokyo? Then there’s no time for rest. It’s time to start sending America’s dozen very best players to the Olympics. Only a true Dream Team could save the USA. 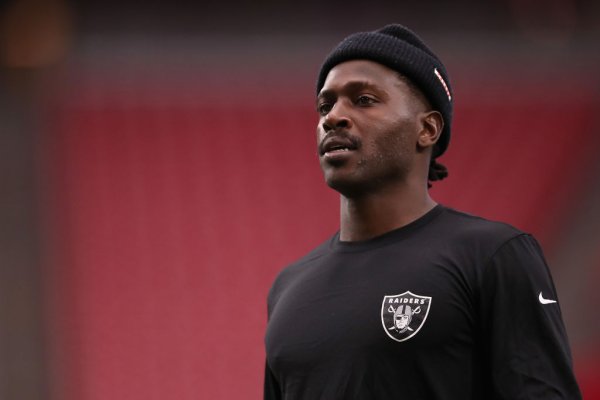 On NFL Kickoff, the Patriots Win Again
Next Up: Editor's Pick