A New Study Suggests Vegetarians and Vegans Are at Higher Risk of Stroke. But Don't Reach for That Steak Just Yet

Vegetarians and vegans are likely to be concerned by the results of a new study with a surprising finding: those following meat-free diets, which are typically associated with better cardiovascular health, may actually have a higher risk of stroke than those who eat meat.

But it’s too soon to run out and order a steak. The paper, published in the BMJ, found only a small increase in the risk of stroke, while confirming findings in other studies that vegetarians and vegans may have a lower risk of heart disease than meat-eaters.

“It’s important to emphasize that we’ve looked at two outcomes here,” says study co-author Tammy Tong, a nutritional epidemiologist in the University of Oxford’s Nuffield Department of Population Health. “The lower risk of heart disease does seem to outweigh the higher risk of stroke.”

Plus, both effects were fairly small. Based on their data, the researchers estimate that vegetarian diets—compared to those that include meat—are associated with 10 fewer cases of heart disease per 1,000 people over 10 years, and three more strokes in the same population.

To reach that finding, Tong and her colleagues collected dietary, health and demographic data from about 48,000 U.K. adults without a history of heart problems, about 24,400 of whom ate meat and 7,500 of whom ate fish but not meat. The remaining people were either vegetarians or vegans, who were grouped together for the purposes of the study. The researchers monitored these individuals for about 18 years, asking them to complete another detailed dietary survey toward the end of the study.

Over the nearly two decades of follow-up, about 2,800 people developed heart disease and about 1,100 had a stroke. Approximately 96% of people who began the study eating meat still did by the second dietary questionnaire, while 73% of vegetarians were still following a vegetarian or vegan diet.

After adjusting for factors like lifestyle and demographic characteristics, the researchers found a 20% higher rate of stroke among people who either began or ended the study as vegetarians compared to meat eaters. However, there was a 13% lower rate of heart disease among vegetarians (and fish eaters) compared to those who eat meat.

Since “stroke is a much rarer event than heart disease,” the lower risk of heart disease may actually be the more impactful finding, Tong says.

The results about stroke may be surprising, given the years of research that have encouraged people to limit consumption of meat, particularly red and processed varieties. A recent flurry of studies, for example, found heart-health benefits associated with plant-based diets—and health risks associated with those heavy in meat.

But Tong’s isn’t the first study to find an uptick in stroke rates among vegetarians and vegans. Some prior research suggests that the same low cholesterol levels that protect people from heart disease may put them at greater risk of having a stroke. Other papers posit that nutritional deficiencies common among those who don’t eat meat—like low levels of vitamin B12, vitamin D, amino acids and fatty acids—could put them at risk, Tong says.

Still, Tong emphasizes that no one should drastically change their habits based on the results of one observational study using self-reported dietary information, which by nature can only uncover trends, not prove cause and effect. The researchers also didn’t ask why people were following certain diets, so it’s possible—even though the researchers tried to adjust for influencing factors—that some people with health issues or family histories of medical problems were following vegetarian diets for those reasons. Overall, more studies are needed, Tong says.

In other words: The research probably isn’t cause for a celebratory hamburger. 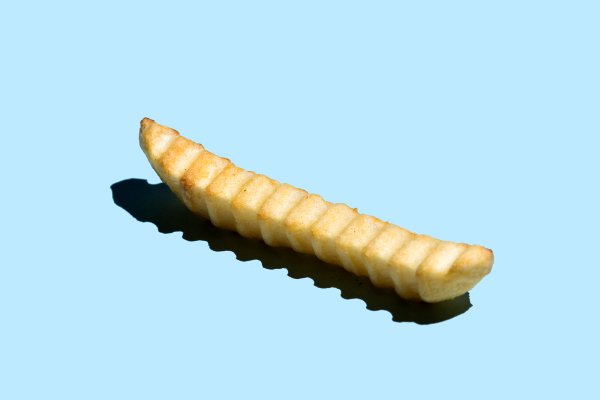