I Served 10 Tours in Afghanistan. It’s Time for Us to Leave

In this photo taken on June 6, 2019, US soldiers look out over hillsides during a visit of the commander of US and NATO forces in Afghanistan General Scott Miller at the Afghan National Army (ANA) checkpoint in Nerkh district of Wardak province. - A skinny tangle of razor wire snakes across the entrance to the Afghan army checkpoint, the only obvious barrier separating the soldiers inside from any Taliban fighters that might be nearby. (Photo by THOMAS WATKINS / AFP) / To go with 'AFGHANISTAN-CONFLICT-MILITARY-US,FOCUS' by Thomas WATKINS (Photo credit should read THOMAS WATKINS/AFP/Getty Images)
THOMAS WATKINS—AFP/Getty Images
Ideas
By Donald C. Bolduc
Brig. Gen. Donald C. Bolduc (Ret) is a former commander of U.S. Special Operations Command Africa and a fellow at the American College of National Security Leaders. He is a candidate for the U.S. Senate in New Hampshire.

On the evening of July 15, 1979, a solemn and weary President Jimmy Carter sat in the Oval Office and addressed the nation about what he termed a “fundamental threat to American democracy.” Known historically as the “crisis of confidence” speech, President Carter used his prime-time slot to empathize about a general malaise hovering over the country. It was a particularly perilous period for America, whose economy was trapped by high Inflation and energy shortages and whose political elite was distrusted by the very citizens they were supposed to represent.

Forty years after that momentous speech, America is undergoing a similar crisis of confidence with its foreign policy and defense establishment.

The gulf between the policy elite and the general public is wide and getting wider. It can be seen in the 59% of Americans who no longer believe a generation-long war in Afghanistan is worth the effort; in the pile of taxpayer money devoted and often misallocated during the post-9/11 wars ($5.9 trillion, according to Brown University’s Cost of War Project); in the unending deployment schedule that puts stress on America’s service members; and in the utter lack of accountability within the senior leadership despite repeated mistakes.

The result has been poor decision-making, even poorer judgment and the kind of inconclusive and expensive wars the American people have become disillusioned with.

The obvious case study is Afghanistan, a country that has chewed up and spit out great powers throughout its history. Nearly 18 years after the first U.S. military operations against Al-Qaeda and the Taliban, the war is still a meat grinder. The Taliban control as much terrain now as they ever have since the conflict began. The insurgency continues to conduct operations across the country, including in the heart of the Afghan capital. Despite participating in negotiations with the United States, Taliban commanders are intent on pressing their advantage on the battlefield. Washington’s leverage is limited — and the Taliban know it.

The Afghan security forces, while committed on the front lines, remain bewitched by inadequate training, systemic corruption and incompetence. The Afghan Air Force is unable to conduct air drops to its forces on the ground who desperately radio for assistance. The Afghan National Army is over 46,000 personnel short of being at full strength, a shortfall in retention that is adding strain on grunts who are already exhausted defending isolated outposts and checkpoints.

The war in Afghanistan has been mismanaged for so long that you can forgive the American people for not noticing.

We originally went into Afghanistan with clear objectives — to obliterate the terrorist group who killed nearly 3,000 people on 9/11 and to punish and deter its enablers. Yet within a blink of an eye, Washington shifted the objective to a far more unrealistic nation-building and social science experiment. Our leaders, civilian and military alike, cloaked an overly ambitious strategy with hubris, convincing ourselves that Afghanistan’s convoluted lexicon of ancient disputes could be resolved through a top-down, Western-style system of government.

Through it all, the American people were told by their leadership that progress was just around the corner. The senior officers in charge of implementing a failed strategy refused to level with Americans about just how difficult the circumstances were.

The Taliban’s resurgence is the inevitable outcome of an inadequate organizational structure and an ineffective strategy. The Taliban in 2001 consisted of large units organized under a tribal military chain of command driven by a religious ideology. The U.S. won by March 2002, but instead of recognizing victory and departing, Washington took on greater responsibility by building political and security organizations that would lead to a Taliban resurgence, unparalleled corruption across the political system and an 18-plus-year conflict. By 2004, the Taliban took advantage of a sanctuary in Pakistan to reorganize, recruit and fundraise while co-opting village elders across the border. By 2005, the Taliban and other insurgent organizations had a foothold across Afghanistan.

When we did make security gains in Afghanistan, we threw them away with an abrupt change in military strategy. The only period in Afghanistan when there were unprecedented security gains was between mid-2010 through the end of 2013, when an emphasis on bottom-up population-centric operations in the rural areas took time, space and opportunity away from the insurgents. The establishment and U.S. mentoring of the Afghan Local Police during this period not only diminished the pool of recruits for the Taliban, but also provided a degree of security for communities previously felt abandoned by the insurgents.

Unfortunately, due to a change in policy in 2013, by 2016, all the security gains were lost. Afghanistan has been muddling along ever since, characterized by senior officers doing their best to manage an increasingly dire situation. A U.S. official told The Associated Press on August 21 that the two service members died in combat from small-arms fire, bringing the total number of 2019 U.S. combat-related fatalities in Afghanistan to 14 — the highest toll in five years (two additional American deaths in the country were not combat-related).

The lack of accountability of our senior civilian and military leaders is a contributing factor to why the United States has been stuck in this war for 18 years. The two aren’t coincidental, but deeply linked.

I served 10 tours in Afghanistan. I was there when we first went in. Our military has performed bravely in Afghanistan and performed their duty to the very best of their ability.

But I believe at this point, the filling of body bags and hospital beds is no longer justified. To win, we would need a comprehensive new strategic approach, and I do not see that as likely to happen. The only alternative left is to leave. 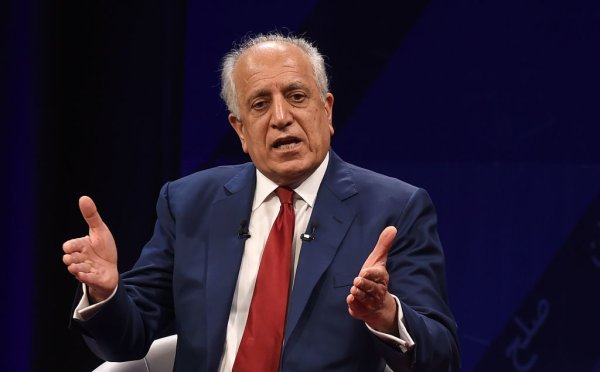 U.S. Close to Peace Deal With Taliban
Next Up: Editor's Pick