The 2021 Summer Olympics Mascot Is Miraitowa: Here's What That Means

After a year-long postponement due to the coronavirus pandemic, the 2021 Tokyo Olympics are back on track, which means that Miraitowa, a blue and white, smiling, futuristic creature will make its debut as the official mascot of the Tokyo 2021 Summer Olympic Games when it begins on July 23, 2021.

The mascot, which resembles both a feline superhero and a robot, gets its name from the Japanese words “mirai” (meaning future) and “towa” (meaning eternity). According to the official Olympics site, the name was chosen “to promote a future of eternal hope in the hearts of people all over the world.”

Miraitowa’s physical appearance includes the same indigo blue icimatsu-pattern used for the Tokyo 2021 Summer Games emblem. Its personality is inspired by a traditional Japanese proverb that means “to learn old things well and to acquire new knowledge from them,” which contrasts nicely with its focus on the future. According to the Olympics site, Miraitowa lives in the digital world, but can appear in the real world via the internet; it also has the power to teleport instantly.

Miraitowa’s first appearance was at a naming ceremony at the Tokyo Midtown Hibiya in the middle of modern Tokyo, where it appeared alongside the Paralympic mascot, Someity. Miraitowa then showed off its teleporting skills by traveling instantly to Asakusa in Old Tokyo, where it cruised down the Sumida River and met new fans.

Miraitowa’s creation came as a result of the input of over 75% of Japanese elementary schools, who voted for their favorite mascot designs.

See Miraitowa in action on its debut day below. The Tokyo 2021 Summer Games begin on July 23 and run for two weeks, until its conclusion on August 8. 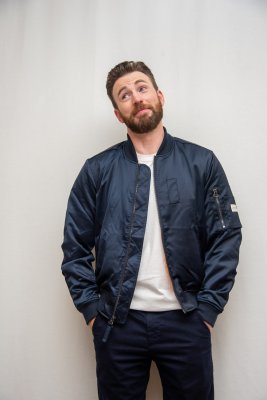 Chris Evans Dressed His Dog In a Replica of His Much-Loved Knives Out Knit Sweater
Next Up: Editor's Pick