When you’re working on the sidelines at the U.S. Open and Venus Williams asks for a cup of coffee, you get her a cup of coffee. Delivering that cup, though, is an entirely different ball game. That was the unfortunate discovery on one ball boy who attempted to deliver a cup of coffee to the tennis star, and was left awkwardly holding the cup.

It all started when Williams, mid-match with Elina Svitolina, asked for a cup of coffee. It’s something the tennis star has done before, like when she asked her coach for coffee “ASAP” at the Cincinnati Masters tennis tournament earlier this month. Sometimes you just need a pick-me-up, perhaps especially mid-match.

At the U.S. Open, Williams’ friends in the stands heard her plea and went to fetch her some coffee, as USA Today reported, handing the cup to a ball boy who was more than happy to deliver the cup to Williams. The only problem was that after the cup was passed down to him from the stands, and the young man had made his way to Williams, she was already on her way to the locker room. He was left holding the cup, standing near the tunnel that leads off the court, clearly trying to decide how best to proceed.

After a brief moment to consider his options, the ball-boy wisely opted not to follow her in, instead delivering the coffee to the bench on Williams’ side of the court. 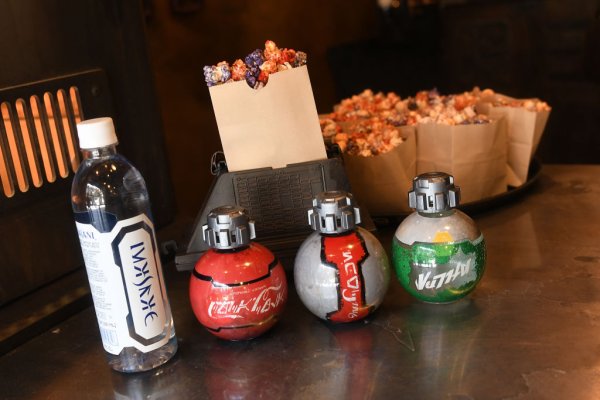 TSA Says This Star Wars: Galaxy's Edge Souvenir Will Not Be Welcome On Flights
Next Up: Editor's Pick