On Tuesday August 21, Vice President Pence chaired the sixth meeting of the recently revived National Space Council, a group originally chartered in 1958, disbanded in 1993 and then revived under the current administration to help chart the direction of America’s activities in space. There were four guest panelists highlighted at the end of the session. One spoke about nuclear power and nuclear thermal propulsion for spaceflight; one spoke about in situ resource utilization on the Moon and Mars; and one spoke about planetary exploration, the Dragonfly mission to Saturn’s moon Titan in particular. All were interesting and appropriate topics for a meeting whose topic was, well, the future of space exploration.

And then there was Saralyn Mark, an M.D. and specialist in gender-based medicine, who spoke about gender bias. Her main point: NASA needs to — no kidding — realize there are gender differences because sending “gender diverse” crews to Mars is going to be difficult. At least I think that was her point. It was frankly hard to listen to because enough already!

We’ve been sending gender-diverse crews to space since 1983. We’ve had women do every job a man does in space. Every one. Space walks? Check. Shuttle commander? Check. Space Station commander? Check. Record for long-duration flights? Check. So what’s going to be the new gender-bias thing NASA needs to start — start? — paying attention to?

Oh I could tell you tales from bygone days of the male engineers’ original ideas of clothing and hygiene products for women astronauts. I was working as an engineer at NASA then in the human factors and cockpit design group. And I was there to support our first women in space, but we are talking the late ’70s, early ‘80s. By the time I flew in space in the ‘90s, those things had changed; they’d evolved, emerged, progressed and been accommodated for. By then a crew member was just a crew member. The same is true today. They get what they need physically, personally and emotionally to support them in spaceflight. Not a big deal. So why the continued insistence on making it a big deal?

And why keep bringing up the NASA-doesn’t-make-a-spacesuit-that-fits-a-woman story? The truth behind the cancellation last April of the “all-female spacewalk” was that it was a woman’s call! After doing her first spacewalk, Anne McClain realized that the task on the next one would require a longer arm reach than she had. Sure, they could have redesigned the choreography for that spacewalk, taken the time and the effort to delay the mission, replan and retrain for it. “But why?” she said. Let crewmate Nick Hague do it — he’s trained and he has a longer reach. Need a different tool to get the job done? Go to the toolbox and get a different tool.

It was never the crew’s idea to do an all-female spacewalk in the first place. They are all professional, trained, hardworking, no-nonsense crew members. That’s teamwork at its finest, not a defeat for womankind. Nothing to see here.

Dr. Mark’s big pitch is that diversity demands attention, especially in situations like a long space flight during which people have to understand their differences and get along. Well, what about six men and women on the Space Shuttle or the International Space Station representing multiple nationalities, different ethnicities and religions, and — in their home countries — competitive political ideologies? That’s not diverse enough for you? NASA has been doing this quietly and efficiently and without fanfare for the better part of the past 36 years.

After Dr. Mark’s testimony, NASA Administrator Jim Bridenstine once again mentioned how inspired his 11-year old daughter would be to see women taking leadership positions in space exploration. Well, Mr. Bridenstine, your agency has had women in leadership roles on and off the planet far longer than you have held your current position. And there have been women astronauts living, working and leading on spacecraft decades longer than your daughter has been alive. Why is she not inspired by that?

I fully support the goal of landing American astronauts on the moon and on Mars. I will be proud to wave that flag. Because that’s the only flag we should be waving. 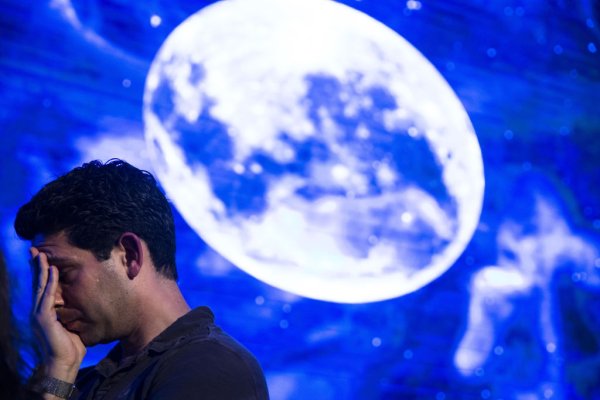 Bears on the Moon, Musk Vs. Bezos, and How Venus Became Hell in Space
Next Up: Editor's Pick