With an amicus brief filed on Friday, the Trump administration is asking the Supreme Court to essentially legalize anti-gay discrimination in the workplace. The brief, from Solicitor General Noel Francisco, argues federal prohibitions on employer discrimination do not extend to protect individuals from being fired or otherwise disenfranchised in the workplace because of their sexual orientation.

The Justice Department’s arguments pertain to the employment protections offered by Title VII of the Civil Rights Act of 1964, which are being argued in two Supreme Court cases involving gay workers in October. Title VII is a federal law that prohibits employment discrimination on the basis of sex, race, color, religion or national origin.

But it does not, the Justice Department says, cover sexuality.

Earlier this month, the Justice Department submitted another brief asking the Justices to conclude that Title VII does not protect transgender people from employer discrimination.

The brief goes on to assert that discriminating against same-sex couples is not discriminatory on the basis of sex — arguing that employers are only required to apply similar treatments to people in male-male relationships and female-female relationships. In other words, as long as male and female members of the queer community are treated equally, the brief appears to argue, it is not a violation of Title VII to treat them differently than people in heterosexual relationships.

“Unfavorable treatment of a gay or lesbian employee as such is not the consequence of that individual’s sex,” the Justice Department argued, “but instead of an employer’s policy concerning a different trait—sexual orientation—that Title VII does not protect.”

Asked last week about his administration’s legal steps to make it easier to discriminate against LGBTQ people in the workplace, Trump sidestepped the question, touting his recent endorsement by the Log Cabin Republicans, a national LGBTQ organization. Several members of that group have quit in response to the endorsement, however, including board member Jennifer Horn.

The Justice Department’s most recent brief pertains to two cases currently slated to be argued before the Supreme Court. In one, Bostock v. Clayton County, Georgia, Gerald Bostock, a former county government employee, claimed he was fired because of his sexual orientation. In the other case, a skydiving instructor, Donald Zarda, also claimed he was fired for being gay.

The Department of Justice previously submitted an amicus brief in 2017 when the Zarda case went before Second Circuit Court of Appeals. That brief also argued against extending Title VII protections to gay workers. Zarda died in 2014, and his partner and sister have continued the lawsuit on behalf of his estate. The Second Circuit decided in favor of the Zarda estate; Bostock’s case was dismissed in lower courts.

“Most of America would be shocked if the Supreme Court said it was legal to fire Aimee because she’s transgender or Don because he is gay,” said James Esseks, director of the American Civil Liberties Union (ACLU) LGBT & HIV Project, in an April statement on the Zarda case and the transgender discrimination case, R.G. & G.R. Harris Funeral Homes Inc. v. Equal Employment Opportunity Commission.

“Such a ruling would be disastrous, relegating LGBTQ people around the country to a second-class citizen status. The LGBTQ community has fought too long and too hard to go back now, and we are counting on the justices not to reverse that hard-won progress.”

The ACLU is co-representing the Zarda estate, and also representing Aimee Stephens, the plaintiff in the transgender discrimination case.

The Supreme Court is slated to hear oral arguments in the two Title VII sexual orientation discrimination cases on October 8, as well as on the case pertaining to Title VII and gender identity.

The Justice Department’s amicus brief states that it is up to Congress to amend Title VII to cover anti-gay discrimination, should it choose to do so. “Congress has amended other statutes expressly to cover sexual-orientation discrimination, and it remains free to do the same with Title VII,” it says. “But until it does, this Court should enforce the statute as it is written.”

In a related statement, Justice Department spokesperson Kelly Laco tells TIME that, “the government argues that the law can only be enforced as it is currently written. Since Title VII’s original enactment 55 years ago, Congress has repeatedly declined every year to pass bills to expand the scope of the statute to add sexual orientation. Any change to protections under Title VII must go through Congress, which remains free to legislate in this area, not the courts. The proper role of the judiciary, which the rule of law requires, is to fairly enforce the laws as written, not re-interpret or re-write them.”

More than 150 House representatives and senators filed their own amicus brief on the three LGBTQ discrimination cases in July. “Congress’s consideration of other legislation, such as the Equality Act, does not diminish protections under Title VII of the Civil Rights Act,” House Speaker Nancy Pelosi wrote in a statement in July. “The LGBTQ community, and all Americans, are entitled to the full protection of the law – in school, in the workplace and everyplace.” 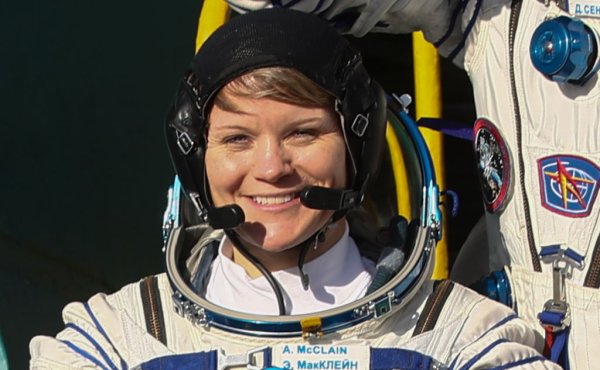