My Brother Was Fired After Revealing He Was Gay. Now I'm Continuing His Fight at the Supreme Court

Growing up, my brother Don was my biggest role model.

He was 7 years older and acted as my protector, looking out for me when some boys were picking on me in first grade, advising me years later on dealing with a contractor who was trying to overcharge me. Despite his tall, athletic frame, he was gentle, kind and eager to help. When I got married, Don walked me down the aisle. Though I always loved him, the dynamic was such that he offered support and I took it. He was the big brother, after all.

Then, in 2010, our roles were reversed when Don was fired from his job after revealing that he was gay. Suddenly he was the one who needed someone to lean on.

Don was in his late 20s when he came out to our family during one of his visits back home. I remember him looking at us expectantly after sharing the news, waiting for our reaction. We were all more than ready to accept him for who he was.

Around the same time, Don was also discovering his passion for skydiving, first as a hobby and then as a career. One day Don surprised our mom with a tandem skydive. Family members piled into a propeller plane to watch their jump, and Don had the biggest smile on his face looking at all of us strapped in together. It was so clear that he was in his element.

By 2010, Don was living his dream as a skydiving instructor at Altitude Express out of Long Island, New York. He often did tandem jumps with new skydivers, in which they would be strapped together. On one, he offhandedly mentioned to a female student that he was gay in an effort to make her more comfortable with their close physical contact.

After the jump, he was fired.

Don was terrified that he wouldn’t be able to be a skydive instructor again. But he also had a dedication to justice and equality that everyone around him felt, and he knew that he couldn’t stand idly by and accept something so blatantly unfair. He sued his former employer for sex discrimination claiming it had violated his civil rights. In a legal battle that has already lasted almost a decade, two courts agreed with his position. Now the Supreme Court has agreed to review those rulings in the upcoming term.

Tragically, Don won’t be there to observe the arguments or learn the outcome of his fight against workplace discrimination.

In 2014, Don died in an accident that occurred while BASE jumping (similar to skydiving, but more extreme). He was 44.

I lost my brother, father figure, friend, role model and protector all at once.

In the weeks and months after Don’s death, every day felt surreal, but I also knew I had a responsibility: It was my turn to stand up for him the way he always stood up for me, to continue his fight for equality — for him and for any other LGBTQ person who faced discrimination because of their identity. His partner, Bill, and I have kept the case moving forward on his behalf.

The Supreme Court will be deciding if Don and other LGBTQ people will continue to have civil rights protections when they’re discriminated against in the workplace – protections that I always assumed they had. But under President Trump, the Department of Justice went against the Equal Employment Opportunity Commission’s position and argued that Title VII of the Civil Rights Act of 1964 does not protect individuals against discrimination on the basis of sexual orientation.

The stakes couldn’t be higher. And, to be honest, I’m scared.

The fact that LGBTQ people fear discrimination in spite of our civil rights laws is wrong. No one should live in fear that their careers and passions could be stripped away simply because of who they are. Discrimination, in any sense of the word, shouldn’t be tolerated under the law.

For too many LGBTQ people, the promise of civil rights for all is not an everyday reality. I hope that when people hear Don’s story they are moved to speak up, urging the court not to roll back the rights of so many people who are just trying to do their jobs. If we are to ever achieve real equality and justice, we must continue to fight for the civil rights on behalf of Don and on behalf of LGBTQ people everywhere. 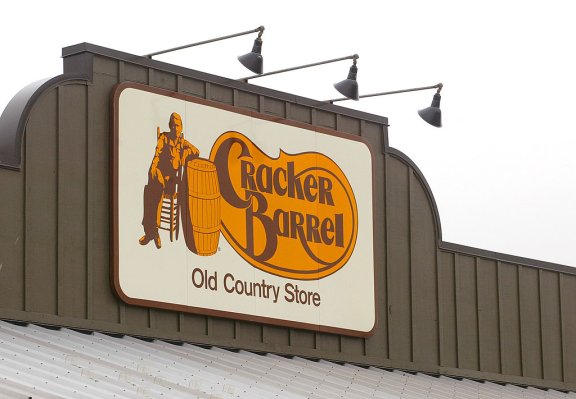 Cracker Barrel Tells Pastor His Church Is Not Welcome After Sermon Calling for Execution of Gay People
Next Up: Editor's Pick