The Overstock CEO Resigned Claiming 'Deep State' Conspiracy and a Relationship With a Russian Spy. Here's What to Know

Overstock CEO Patrick Byrne resigned this week after posting a memo about a "deep state" conspiracy and also claimed he had a romantic relationship with an accused Russian spy. He is pictured at an Overstock warehouse in Salt Lake City, Utah in April 2010.
George Frey/Bloomberg via Getty Images
By Billy Perrigo

The CEO of online home goods seller Overstock resigned Thursday, following comments alleging that the FBI had directed him to pursue an intimate relationship with the convicted Russian agent Maria Butina as an informant.

Patrick Byrne, 57, had on Aug. 12 issued a bizarre statement through Overstock criticizing the FBI, referring to a “deep state,” “men in black,” and “political espionage conducted against Hillary Clinton and Donald Trump,” after he said he consulted with billionaire Warren Buffet.

A rambling, incendiary interview on CNN Thursday night in which he made numerous unsubstantiated claims has only raised further questions.

The FBI has refused to comment on Byrne’s claims.

Overstock shares fell by some 40% in the wake of Byrne’s disclosures, and ten days later he resigned. “While I believe that I did what was necessary for the good of the country,” he wrote in his resignation letter Thursday, “for the good of the firm, I am in the sad position of having to sever ties with Overstock.”

In a statement, Overstock said: “The company thanks Dr. Byrne for his vision and leadership over the past 20 years as he took Overstock from a fax-based liquidator to one of the most influential technology companies of our time. The board and leadership will continue to build on Dr. Byrne’s legacy while executing on our strategy with clear focus.”

Here’s what to know about Byrne’s allegations about Butina, the “deep state,” and the Mueller investigation.

Who is Patrick Byrne?

Byrne was an early investor in internet commerce, buying Overstock in 1999 and developing it into a multi-million-dollar business, despite the growth of competitors like Amazon.

But he has also cultivated a career as a provocateur. Alongside business, Byrne runs a conspiracy-tinged website, DeepCapture.com, on which he has alleged a variety of claims, including that a so-called “Sith Lord” in Wall Street (a reference to a Star Wars villain) was leading a conspiracy against his company. Byrne and the site were found liable for defamation in 2016 related to separate allegations made on the site against a Canadian man, Altaf Nazerali, and ordered to pay nearly $1 million dollars.

Recently Byrne has become an advocate of blockchain and Bitcoin, spending millions on projects related to the cryptocurrency. Shares of Overstock rose sharply in line with Bitcoin in late 2017 and early 2018, before collapsing with the cryptocurrency.

A message to Overstock seeking additional comment was not immediately answered.

What has he said about Maria Butina and the FBI?

Byrne’s comments on the issue have been rambling, and at times incoherent and vague.

After his resignation, Byrne issued further incendiary comments, claiming in an interview with CNN that former FBI director James Comey knew “100%” about him being instructed to conduct a relationship with Butina, and that “the [FBI] was hijacked from the top.” Comey, in a statement to CNN, called Byrne’s claims “ridiculous.” “The FBI doesn’t work that way,” Comey added.

Byrne has said Butina approached him and offered to introduce him to Russian officials and oligarchs, and that she asked to be put in touch with members of the Clinton, Ted Cruz and Marco Rubio presidential campaigns in 2016.

Butina, 30, pleaded guilty in December 2018 to acting as an unregistered foreign agent of the Russian state. Prosecutors alleged she attempted to meet members of presidential campaigns in the runup to the 2016 election, and had worked alongside the National Rifle Association (NRA) to support Second Amendment causes. Byrne said that he and Butina first began a sexual relationship in 2015 after meeting at a libertarian conference, and shortly afterward he began cooperating with the FBI. 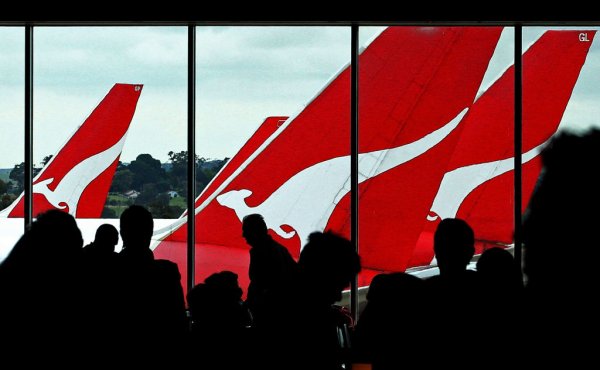 Think You Can Stay Sane On a 20-Hour Flight? This Airline Is Testing the Long-Haul Endurance Challenge
Next Up: Editor's Pick