'Spot and Assess.' The Intelligence Strategy Behind Russia's Political Outreach

At 448 pages, Special Counsel Robert Mueller’s report on Russian interference in the 2016 election feels definitive, but it’s hardly the final word on the subject. In fact, a recent court filing in a related case has already shed more light on Russian espionage methods.

A sentencing memo filed last week in the case of convicted Russian agent Maria Butina describes a technique known as “spot and assess,” in which Russians who may be only loosely affiliated with the Kremlin set up private meetings to gauge who might have influence in the U.S. government and how to approach them.

“Butina’s work involved building a rolodex of information about powerful people who had, or were likely to get, access to and influence over the next presidential administration,” prosecutors wrote.

Butina’s case is hardly unique. With congressional hearings, ongoing investigations by federal prosecutors in the Eastern District of Virginia and the District of Columbia, and upcoming trials of Wikileaks founder Julian Assange and President Trump’s longtime associate Roger Stone, the American public is going to have several more opportunities to learn about Russia’s methods of pursuing U.S. targets.

The Butina case arose separately from Mueller’s investigation, but it touches on many of the same aspects of Russian influence efforts.

The 23-page memo details a sustained, sophisticated and damaging Russian intelligence operation to “spot and assess” individuals with potential influence, using back channels, one-on-one meetings and other outreach to gauge their weaknesses and establish relationships that might be useful in the future.

There is a small overlap with the Mueller report when the memo describes interactions with Alexander Torshin, whom the Justice Department has identified as her handler in Russia.

A deputy governor in Russia’s central bank, Torshin is included in the Mueller report for an incident in which he and an officer of a state-owned Russian bank which U.S. intelligence officials say has ties to the FSB, Russia’s state security service, contacted a Trump campaign official in May 2016 to discuss what he said was an invitation from Russian President Vladimir Putin to meet Trump.

Kushner, according to the Mueller report, rebuffed the overture, telling the campaign official: “Pass on this. A lot of people come claiming to carry messages. Be careful.”

(Despite his reservations about Torshin, according to the Mueller report, Kushner later met alone with Sergey Gorkov, the head of Russia’s state-owned Vnesheconombank, which is under U.S. sanctions. The report adds that an American investment banker said Gorkov told him that Putin approved the meeting and expected to receive a report on it.)

During his nearly two year-investigation, Mueller found no evidence that the numerous points of contact between the Trump campaign and Russia in the 2016 election amounted to an effort to illegally work together.

But some Russia experts pointed to the Butina memo as a reason why such meetings are bad idea.

“DOJ explains why Trumpworld’s enthusiasm for back-channels was so reckless and ripe for exploitation,” Andrew Weiss of the Carnegie Endowment for International Peace, tweeted after the memo was made public.

The Mueller report describes at least 140 meetings and other contacts between Russians and other individuals with ties to the Kremlin and 18 Trump’s associates, including Kushner; Trump’s son Donald Trump, Jr.; campaign manager Paul Manafort; Michael Flynn, the President’s first National Security Advisor; and his former counsel Michael Cohen.

In a five-page attachment to the Butina memo, which asks for her to be sentenced to 18 months in jail, Robert Anderson, a former assistant director of the FBI Counterintelligence Division, summed up the Russian effort to cultivate Americans with potential influence.

“As part of its larger efforts to target the United States, Russia has engaged and continues to engage in spot-and-assess operations,” which he described as intelligence operations that seek “to identify individual who could potentially be recruited an intelligence asset — or ‘source’ — at a later date.”

The targets of such operations, Anderson continued, are people who have significant political influence or access to high-ranking officials or sensitive information. And the Russians are not necessarily obvious spies. In fact, he said, it’s sometimes better that they aren’t.

Foreign agents who conduct such operations, Anderson continued, “are often not trained intelligence officers” because their movements and contacts” can present a high risk of exposure.

“Foreign agents, acting as ‘access agents’, may simply arrange networking opportunities and introductions. … While completely innocuous in other contexts, access agents play a key role for foreign intelligence services in the conduct of influence operations,” the sentencing memo says.

“A spot-and assess operation does not require secret encryption, dead drops, or any other trappings of a Hollywood spy story,” the sentencing memo explains. 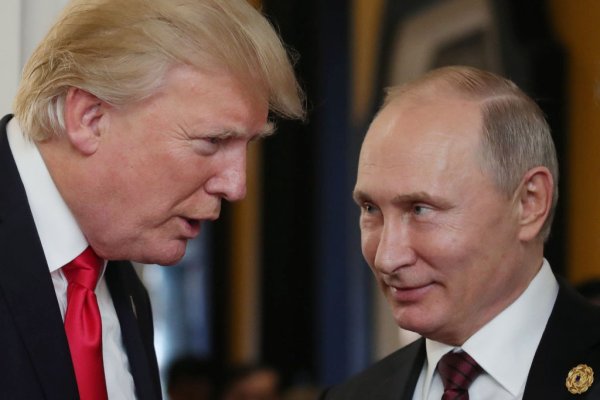