Carnival Row and The Dark Crystal: Age of Resistance Vie to Be the Next Game of Thrones—But Neither One Comes Close

After such a disappointing conclusion, it’s easy to forget how good Game of Thrones once was. In the first episode, we were introduced to the stoic but just and loving Stark clan. By the end, we’d met the swaggering Lannisters, the anxious king, the exiled Targaryens plotting revolution. We’d witnessed Daenerys‘ orgiastic wedding and watched the incestuous twins Cersei and Jaime throw Bran out a window. There were White Walkers, direwolves, a virtuosic girl archer.

Like many episodes in Thrones‘ early seasons, that first episode is a study in good fantasy storytelling: It builds an expansive, enthralling alternate world while quickly establishing conflicts absorbing enough to hold our attention. It’s relevant and escapist at once, using the supernatural conventions of the genre to reframe real, resonant human problems. Now that the search is on for the next Thrones, the bar has been set high for two much-anticipated fantasy series that will debut on Aug. 30: Amazon’s Carnival Row and Netflix’s The Dark Crystal: Age of Resistance. Neither show clears it.

Crystal at least gets the world-building part right. Like the cult classic 1982 Jim Henson movie, this prequel is set on Thra, an imaginary planet powered by a giant magenta crystal that teems with Muppet-y mythical creatures. Committed to re-creating the look of the original, Netflix bankrolled a lavish live-action production built in the Jim Henson Creature Shop. The visual detail is astounding, from the puppets’ ornate hairstyles to an immersive backdrop of enchanted forests, imposing castles and cave cities constructed in miniature.

This alone might be enough to satisfy the film’s fans, but the story lags behind. The original Crystal‘s quest narrative — a Gelfling, perhaps the last of his elfin kind, must challenge Thra’s evil vulturelike rulers, the Skeksis — wasn’t anything special, but it still sufficed as an excuse to explore a stunning new world. Age of Resistance follows three Gelflings as they discover that their Skeksis overlords are only pretending to be benevolent. But because each of the heroes hails from a different clan, in a society with strict hierarchies, they must overcome those divisions before they can team up to resist their feudal masters.

The premise is more fantasy boilerplate, though it does resonate in divisive times. The real problem is the pacing; the show spends so much time panning over landscapes and watching puppets hang out that you can start to lose the plot. It takes nearly half of the 10-episode season to get the quest set up. Who has time for that?

Delevingne’s feisty fairy and Bloom’s righteous police detective are our entry points into what is by turns a Jack the Ripper riff, an Austen-style comedy of manners and a dark political thriller (starring the great Jared Harris), with a Dickensian street gang and a fairy brothel thrown in for kicks. These story lines rarely intersect with one another or with the show’s themes of anti-imperialism and tolerance in a way that justifies the collage of references. And hacky dialogue (“Oh, come now, woman!”) doesn’t help. If early Thrones was a master class in how to execute fantasy, Carnival Row is its opposite — a cautionary tale for fabulists who figure that any old combination of reality and magic will do. 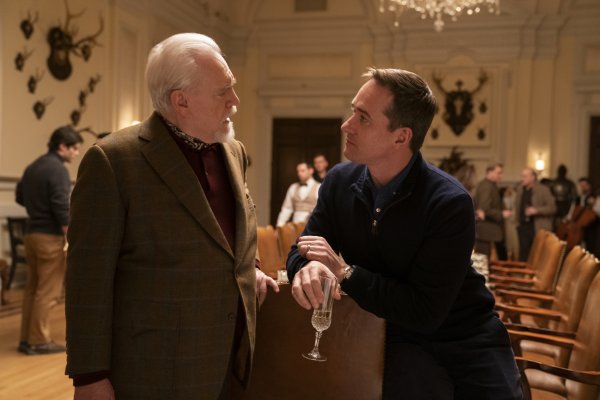 Here's Where That Castle in 'Succession' Is Really Located
Next Up: Editor's Pick