Depending on who you ask, the Game of Thrones series finale may or may not have left viewers with a number of unanswered questions. But one query that seems to be on many fans’ minds is whether or not Bran Stark, a.k.a. Bran the Broken, saw everything coming.

Following Daenerys’ death at Jon Snow’s hands in “The Iron Throne,” the lord and ladies of Westeros convened in the Dragonpit to discuss the future of the realm. After some debate over democracy and one of Tyrion’s signature inspirational speeches, it was decided that Bran Stark would be crowned as the new King of the Six Kingdoms while Sansa ruled over an independent North. However, no ruler would ever again sit on the Iron Throne, as it was destroyed by Drogon after the dragon discovered that Jon had murdered its mother.

Tyrion made it clear that he felt Bran would be the best person for the job because, as Bran himself put it in episode 2, he is the memory of their world. But it was a comment that Bran made right before he was voted in as Lord Protector of the Realm that had some fans wondering if he knew he was destined to become king.

“I know you don’t want it. I know you don’t care about power. But I ask you now, if we choose you, will you wear the crown?” Tyrion asked. “Will you lead the Seven Kingdoms to the best of your abilities from this day until your last day?”

“Why do you think I came all this way?” Bran responded, giving many fans the idea that he already knew that he would be the one to ascend the throne when everything was said and done.

There were several hints this season that, as the Three-Eyed Raven, Bran had mastered his greenseeing abilities to such an extent that he could clearly see the future. In the season 8 premiere, Bran cryptically told Sam that he was “waiting for an old friend” right before Jaime returned to Winterfell for the first time since he pushed Bran out of a tower window in the series premiere. Later, when Jaime asked him why he hadn’t told anyone about what happened, Bran simply replied, “You wouldn’t be able to help us in this fight if I let them murder you first.”

Of course, the biggest clue was probably that Bran himself was the one who gave Arya the Valyrian steel dagger that she used to kill the Night King during the Battle of Winterfell. However, Bran being able to see the future begs several questions that Thrones never really delved into.

How far into the future can Bran see? How long had he known that he would end up on the throne? If destiny is predetermined, can it be altered by free will choices?

Just as fans never got an explanation for why Hodor was the only person to ever be affected by Bran’s meddling in the past, the nature of Bran’s future “sight” still remains unclear. The previous Three-Eyed Raven told Bran that the “past is already written, the ink is dry,” implying that Bran couldn’t change the past, he could only fulfill it. However, some fans theorize that wouldn’t stop Bran from manipulating the present to influence the future.

In the finale, Bran told Jon that he had always been exactly where he was supposed to be, seemingly implying that Jon’s fate was never in his own hands. But the fact that Thrones never fully addressed prophecies like the valonqar and the Prince That Was Promised that would have supported this idea seems contradictory to this notion.

Perhaps it’s best to turn to another uber-popular franchise that recently concluded its storied run for a possible explanation as to why Bran couldn’t just tell everyone that, say, they were going to the win the war against the dead.

During the final battle in Avengers: Endgame, Tony Stark asks Doctor Strange if what’s happening is in line with the one outcome out of 14 million in which the Avengers defeat Thanos. “If I tell you what happens, it won’t happen,” Doctor Strange responds.

If we assume the same is true in the Game of Thrones universe, it makes Bran’s strangely calm behavior over the course of the past two seasons seem a little more logical. 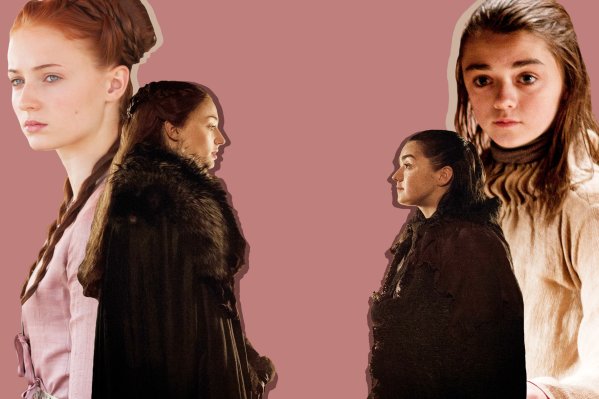 Your Game of Thrones Favorites Have the Most Emotional Tributes to the Show You Never Wanted to Leave
Next Up: Editor's Pick