Yet Another Health Problem Linked to Air Pollution: Eye Disease

It’s no secret that air pollution isn’t good for your health. In particular, exposure to the byproducts of burning the fuel that powers most of our motor vehicles has been linked to higher risk of lung cancer, respiratory infections, stroke and heart disease, as well as an increased risk of death from these conditions. A new study now adds another worrisome pollution-related risk: eye disease.

Dr. Suh-Hang Hank Juo, from the center for myopia and eye disease at China Medical University in Taiwan, and his colleagues documented for the first time in a large population that exposure to two common air pollutants—nitrogen dioxide (NO2) and carbon monoxide (CO)—is associated with a higher risk of developing age-related macular degeneration, in which damaged cells in the retina lead to blurry central vision and, in some cases, eventually to vision loss in one or both eyes.

In the study, published in BMJ Journal of Investigative Medicine, the researchers analyzed air-quality and health-insurance data involving nearly 40,000 people over 50 years old who lived in relatively urban areas of Taiwan. They divided people into four categories of pollutant exposure, and found that those living in areas with the highest concentrations of NO2 and CO also had the highest rate of age-related macular degeneration.

“I was a bit surprised that only the highest levels of exposure showed risk,” says Juo. “But what that seems to show is that if the exposure goes beyond a certain threshold, the risk starts to appear. So below that threshold, maybe we are fine.”

Before this study, there wasn’t much evidence to suggest that air pollution could heighten the risk of eye disorders. Juo took a leap of faith and focused on macular degeneration because he knew the part of the eye that is affected, the macula, or the bundle of nerve cells in the center of the retina, is nourished with a rich supply of blood vessels, and pollutants like NO2 and CO are carried through the bloodstream. “The reason why I focused on macular degeneration rather than cataracts or glaucoma is because physiologically and biologically, the [macula] is the most vulnerable part of the eye,” he says, owing to its blood supply. “We know these two air pollutants”—NO2 and CO—”can damage cells by creating reactive molecules or free radicals. And once nerves in the eye or brain are damaged, they cannot regenerate.”

In the current study, Juo and his colleagues measured people’s pollutant exposure broadly by documenting levels of NO2 and CO in the region in which they lived. For future work, he plans to refine the study to include a more individualized assessment of people’s exposure to air pollution, and hopes to confirm the findings with a larger group of people. In the meantime, city dwellers concerned about putting their eyes at risk shouldn’t bother with goggles or other eye protection, he says. That’s because the pollutants harming the macula cells aren’t likely entering the body through the eye; more likely, they enter the blood system after being inhaled. The best way to reduce risk, Juo says, is to avoid walking or jogging in heavily trafficked areas, especially during rush hour. 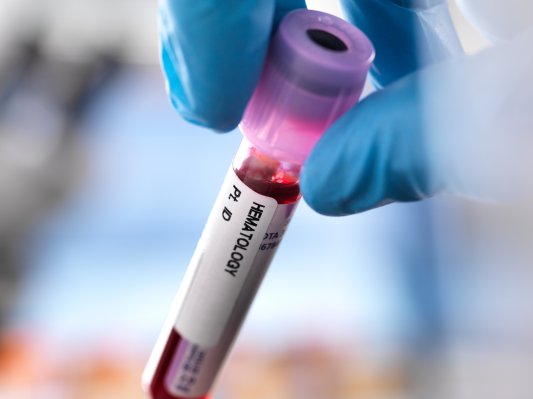 We're One Step Closer to a Blood Test that Predicts When a Person Will Die
Next Up: Editor's Pick