The U.S. military carried out a test-flight Sunday of a new road-mobile, ground-launched cruise missile system less than a month after the U.S. and Russia ripped up a landmark arms treaty.

The missile blasted from a launcher on San Nicolas Island, a Navy test site off the coast of Los Angeles, Calif., and sped above the Pacific Ocean for more than 310 miles before hitting a target, the Pentagon said in a statement. “Data collected and lessons learned from this test will inform the Department of Defense’s development of future intermediate-range capabilities,” it said.

The test marks a new era for the U.S. military in the wake of the Aug. 2 collapse of the Intermediate-Range Nuclear Forces (INF) Treaty. First signed by President Ronald Reagan and Soviet Union leader Mikhail Gorbachev in December 1987, the INF treaty eliminated an entire class of nuclear weapons. It forced the superpowers to scrap more than 2,600 land-based missiles with ranges 310 to 3,420 miles — weapons considered destabilizing to the European continent because of their capability to launch a nuclear strike from anywhere without early warning.

The Pentagon stressed that the missile tested Sunday was “conventionally configured,” meaning it was not outfitted with a nuclear warhead. However, the dissolution of the treaty, along with new weapons tests, has heightened fears of a burgeoning arms race. The Pentagon uploaded slow-motion imagery of the test-flight, which showed a Tomahawk cruise missile emerging from a Mark 41 (Mk-41) Vertical Launch System.

The footage was significant because it proved one of Moscow’s biggest fears about U.S. Aegis Ashore missile defense systems operating in Poland and Romania. Russia had complained for years that those systems, which use Mk-41 launchers, could be converted into INF-violating attack systems by swapping out SM-3 interceptors with Tomahawk missiles. The U.S. response was the Mk-41 wasn’t prohibited under INF because it had never been tested with a ground-launched missile. It may have been correct, but the Kremlin’s concerns appear to have been well founded.

It’s not clear what the Pentagon intends to do with any new mid-range missile system, which still remains in early test phase. The U.S. has not made any announcements about where it intends to base them. However, Secretary of Defense Mark Esper has indicated the chance for a deployment now exists in Asia as a deterrent to China, in addition to Europe. “The Department of Defense will fully pursue the development of these ground-launched conventional missiles,” he said.

The test-flight of the medium-range missile is intended to serve as a direct response to Russia’s deployment in recent years of its own treaty-busting missile, the Novator 9M729. U.S. intelligence first recognized Moscow’s potential violation of the Intermediate-Range Nuclear Forces Treaty when the Russian missile was still in test phase. The Obama Administration worked unsuccessfully to persuade the Kremlin since May of 2013 to stand down the program. The Trump Administration decided to abandon the INF and respond with a missile of its own.

The fear of these weapons — which could be driven on a mobile launcher into a remote area, blasted off and strike their targets in a matter of minutes — caused widespread instability in Europe in the 1980s. The INF was a product of the Cold War, when the United States and Soviet Union would manipulate each other’s nightmares of nuclear annihilation in order to maneuver for advantage in times of relative peace. However, the superpowers identified certain weapons deemed mutually menacing, and then worked to eliminate the threat altogether.

Arms control experts worry about the consequences of undermining such a long-standing nuclear treaty. The nightmarish prospect of what the world looks like without tight controls over nuclear weapons has been realized in recent weeks with the apparent failed test launch of Russia’s new cruise missile.

The weapon, dubbed Skyfall, was powered by a miniaturized nuclear reactor, which would give it a virtually unlimited range. But an explosion during an Aug. 8 missile test the White Sea near the city of Severodvinsk killed seven nuclear scientists and caused radiation levels to spike. A Wall Street Journal report said radiation-monitoring stations around Russia have gone silent, which raises concerns about whether the Kremlin is attempting to hide evidence about fallout from the explosion. Even Russia’s citizens do not yet know the full extent of the damage. 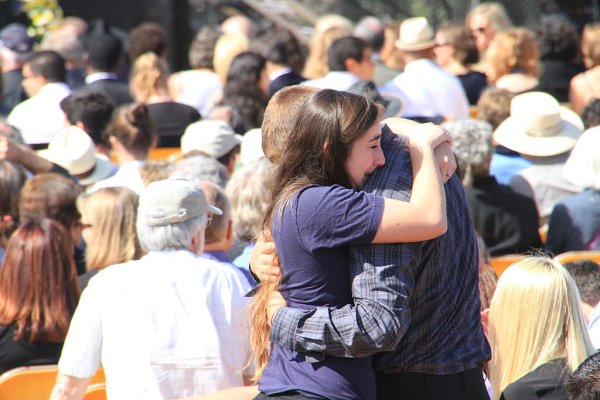