A Florida man has been charged with threatening a mass shooting after his ex-girlfriend alerted authorities to text messages he had sent her.

The Volusia County Sheriff’s Office said in a statement that 25 year-old Tristan Scott Wix of Daytona Beach had sent several messages about a possible shooting, writing in one that “a good 100 kills would be nice” and claiming he already had a location planned.

In another message, police said, Wix wrote: “A school is a weak target.. id be more likely to open fire on a large crowd of people from over 3 miles away.. I’d wanna break a world record for longest confirmed kill ever.”

Police arrested Wix Friday in a grocery store parking lot. It was not immediately apparent if Wix obtained a lawyer.

He initially told detectives that he was fascinated by mass shootings but did not own any firearms, according to the Sherriff’s Office.

Chitwood described Wix’s ex-girlfriend, who showed his messages to police, as “a real hero.”

“When you look at this kid’s background, he is the profile of a shooter,” Chitwood said. “He lost his job, he lost his girlfriend, he’s depressed, he’s got the ammunition and he wants to become known for being the most prolific killer in American history.” 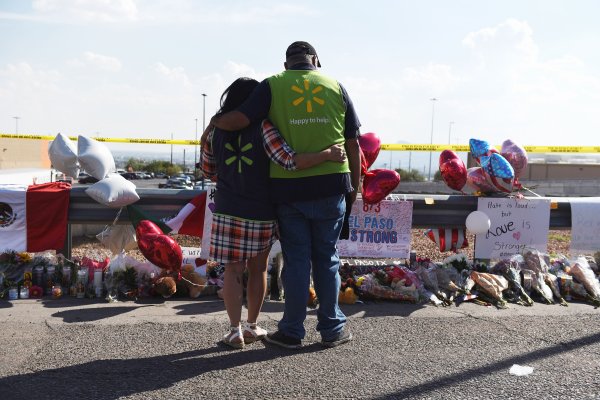 My Fellow Republicans Must Stand Against the Alt-Right Virus Infecting America
Next Up: Editor's Pick