An Ohio man was arrested on Saturday for allegedly threatening to attack a local Jewish community center, reports say.

James Patrick Reardon, 20, was arrested after he allegedly posted a video of a man shooting a rifle on Instagram on July 11, the Youngstown Area Jewish Federation said in a statement to TIME. Beneath the post, a caption said, “Police identified the Youngstown Jewish Family Community shooter as local white nationalist Seamus O’Rearedon,” and the Jewish Community Center of Youngstown was tagged on the post.

Police connected the account to Reardon and discovered that his account had posted racist slurs and other prejudiced comments, local ABC affiliate WYTV reported.

After receiving a warrant on Friday, the FBI Violent Crimes Task Force raided Reardon’s home and confiscated several semi-automatic weapons, dozens of rounds of ammunition, bulletproof armor and a gas mask. Anti-Semitic and white nationalist propaganda was discovered at the scene, according to WYTV.

Reardon had allegedly identified himself as a white nationalist before. He took part in the Aug. 2017 “Unite the Right” rally in Charlottesville, Virginia. The event turned deadly when a white supremacist drove a vehicle into a crowd of counter-protesters, killing one and injuring more than a dozen others.

The arrest comes at a time of heightened concern about domestic terrorism in the United States. On Aug. 3, a 21-year-old white supremacist murdered 22 people in an El Paso, Texas, Walmart, sparking concerns that U.S. law enforcement does not take white supremacist threats as seriously as international or Islamic terroristic threats.

Andrew Lipkin, the executive vice-president of the Youngstown Area Jewish Federation, wrote in a statement that the community is keeping in close contact with the FBI and local law enforcement. Lipkin said that while the federation isn’t aware of any other threat to the community, they are maintaining a “additional level of security.” He also thanked the FBI and local law enforcement for their “swift and strong” response to the threats.

“It is because of their efforts that a very positive resolution to this matter has occurred. The positive result here is a clear example of the importance of monitoring social media to identify credible, hate-fueled threats before they are acted on,” Lipkin wrote. 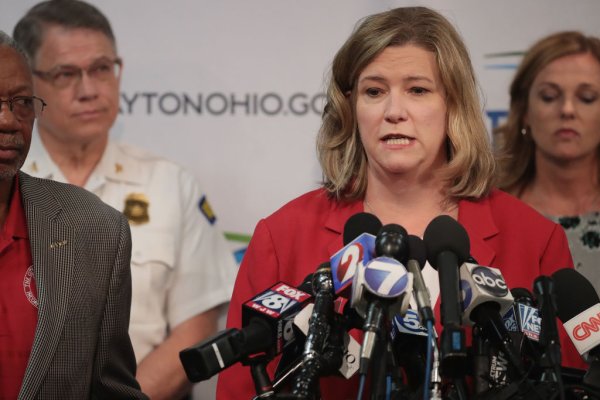 Dayton Mayor Criticizes Trump Ahead of Presidential Visit
Next Up: Editor's Pick