There are almost no rules about what parents are allowed to name their children. But that doesn’t mean the internet won’t poke fun at your choice if they find it particularly unique or funny. Which is exactly what happened when a photo of one mom-to-be’s chalkboard of potential baby names recently made the rounds on Twitter.

After the photo — which shows the names Taylee, McKarty, Nayvie and Maylee crossed out to reveal that the mom settled on Lakynn — started going viral, people began wondering how their names would have been spelled if their moms had favored similar spelling patterns.

“If she was your mom, how would your name be spelled?” Twitter user Sean Yun questioned before revealing that he thought his own name would be Shoughnn.

Other Twitter users then started chiming in with their own variations. One named Julio suggested that his would be “Wholeeoh” while another named Todd landed on Tauwde.

See some of the best takes on the Lakynn meme below. 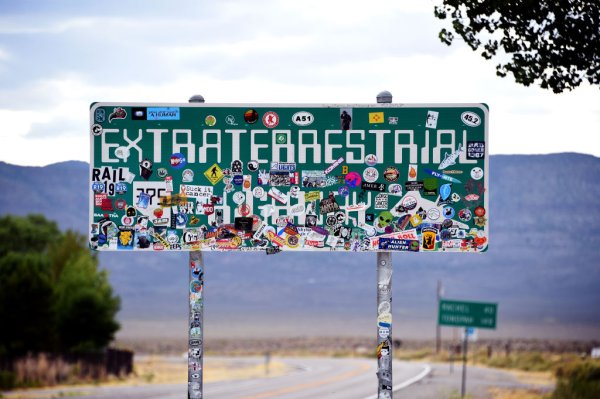 'I’ll Do Anything in My Power to Prevent This.' How a Small Nevada Town Is Bracing Itself for 'Alienstock,' the Area 51 Music Festival
Next Up: Editor's Pick