Rochman, a former parenting and health columnist for Time.com, is the author of The Gene Machine: How Genetic Technologies Are Changing the Way We Have Kids — And the Kids We Have.

Once upon a time, not so long ago, women got pregnant and spent nine months in suspense before finding out if they were having a boy or a girl. But today? That waiting game is completely outdated, even quaint.

Every aspect of pregnancy is now scrutinized and analyzed — sometimes even beginning before egg meets sperm, as expectant parents gauge if they are carriers for diseases they could pass on to their offspring. Once pregnancy is established, there are tests as soon as the first trimester to assess chromosomes and identify tiny genetic deletions or duplications whose significance may be unclear.

Yet there tends to be a collective fiction that hovers around why this testing is offered at all. When providers explain genetic testing, they rarely — if ever — initiate a conversation about why a woman might want to consider testing in the first place. As a result, many women proceed with testing without fully considering why they’re doing it and, more significantly, what they will do if they don’t receive the results for which they were hoping.

Well, even when that happens, turning the wonder and joy of pregnancy into a far more angst-ridden experience, knowledge is power.

This was my experience when I was pregnant with my third child. An ultrasound revealed a bubble of fluid on her brain that could indicate trisomy 18, a serious genetic condition that’s often fatal before birth. That result spurred me to have an amniocentesis, which extracted fetal DNA via a long, thin needle inserted into my womb. Thankfully, the test results showed just two copies of chromosome 18, not three, which would have confirmed a diagnosis.

I was incredibly relieved, but then something strange and unexpected happened. The lab report’s analysis of fetal DNA had revealed that my unborn daughter’s ninth chromosome was flipped — the top was on the bottom, and the bottom had migrated to the top. It was, the report indicated, “not associated with clinical effects.” And still I worried. Over time, I’ve come to terms with that snippet of genetic information, and now feel grateful that I know about this DNA blip. Should research emerge that it’s linked to risk of disease, at least I’ll be aware and will be able to take advantage of any potential treatments. (P.S. My daughter, now 10, loves pandas, biking and gummy worms. She doesn’t like cleaning her room. In other words, as far as I know, inversion 9 has dealt her no ill effects.)

There are other reasons why more information is better, too: A prenatal diagnosis of Down syndrome, for instance, could motivate parents to seek out support groups before the birth so that they can get a glimpse of what to expect. It might prompt them to switch hospitals to one where doctors have more experience delivering babies with special needs.

But despite this advantage, we still too often limit what women and families know. What you can learn can depend on where you are. While expectant moms in major metropolitan areas have access to the latest cutting-edge technology for prenatal testing, women in rural towns have far fewer choices. And even though it isn’t surprising that abortion is the elephant in the exam room, we continue to do women a disservice by not openly discussing that abortion is one potential option in the aftermath of prenatal testing.

Knowing ahead of time may ratchet up the anxiety level of pregnancy far beyond that of previous generations. But all parents deserve to have this knowledge. It puts moms and dads in the driver’s seat, which is a good place to be when it comes to parents and their progeny. 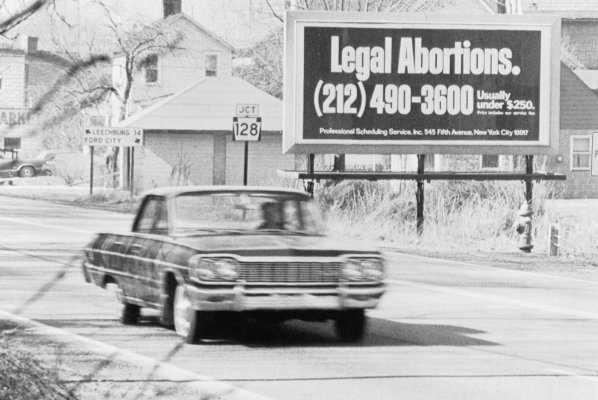 What It Was Like to Be an Abortion Provider Before Roe v. Wade
Next Up: Editor's Pick