'We Will Not Be Broken.' America Ferrera and Other Latino Stars Release Poignant Letter After El Paso Shooting

More than 200 Latino activists, entertainers and community leaders — including actresses America Ferrera and Eva Longoria — have written a public letter to their “Familia Latina,” consoling them in the wake of targeted mass shootings and ICE raids, and urging allies to “speak out loudly against hate.”

Friday’s letter comes less than two weeks after a gunman stormed an El Paso, Texas, Walmart on August 3, killing 22 people. The shooter told police he was targeting Mexicans, and many of the dead had Latino last names. Eight victims were Mexican nationals.

Just a few days later, on August 7, hundreds of employees at seven worksites across Mississippi were swept up in the largest immigration raid in at least a decade.

Ferrera, best known for her roles on Ugly Betty and Superstore, tells TIME the recent news has impacted her deeply.

“As a Latina child of immigrants, it’s incredibly personal to me that the Latino immigrant population has been targeted,” says Ferrera, whose parents emigrated from Honduras. “But also, as an American, I fear for what we have coming.”

The letter, which is also signed by notables including Lin-Manuel Miranda, Rosario Dawson, Salma Hayek Pinault, Ricky Martin and many others, states: “If you are feeling terrified, heartbroken and defeated by the barrage of attacks on our community, you are not alone.”

It goes on: “The indignities and cruelty we have endured will never change the truth that the contributions we make to this country are invaluable. Our humanity must be respected. And, we won’t stop organizing for ourselves, our children, and for the soul of this nation.”

Ferrera says that when she first heard about the mass shooting in El Paso, her first response was, “‘Oh God, another one.’ It’s so often. It’s so frequent that our natural response is to become numb to it.”

Too many people are afraid to go to school, work and church, Ferrera says.

Read the full text of the letter below: 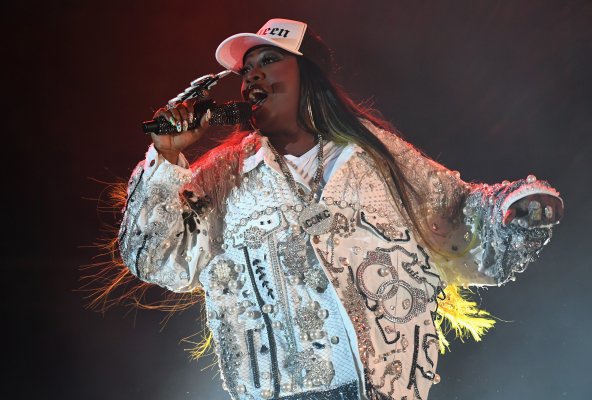 Missy Elliott Will Receive the Video Vanguard Award at the 2019 MTV VMAs
Next Up: Editor's Pick